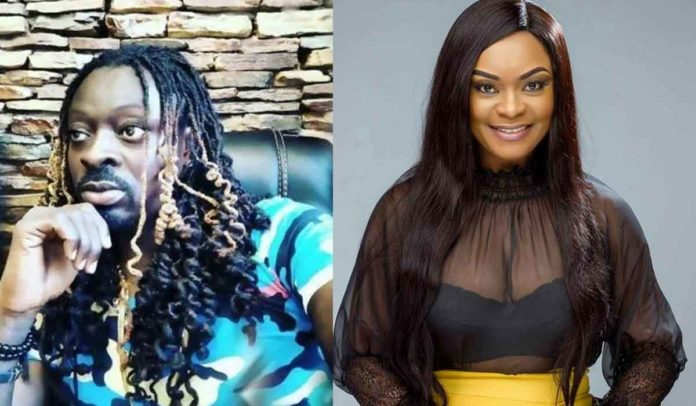 One of the members of the hiplife group Praye popularly known as Praye Tintin has replied to Beverly Afaglo’s comment that her husband Choirmaster who is also a member of the group has been sidelined.

In an Instagram post sighted by Ghpage.com, Praye Tintin indirectly stated that Choirmaster should know how to control his wife.

He failed to mention names in his post but this comes after Beverly Afaglo in an interview disclosed that her husband has been sidelined by the other members of the group.

“Beside every successful man is a woman not another man, my advice is if you are a woman know your stand as a wife and as a man, controlling your wife is your major responsibility… No one should be held responsible for someone’s inability to provide for his family, all in the name of being sidelined”, Praye Tintin wrote on Instagram. 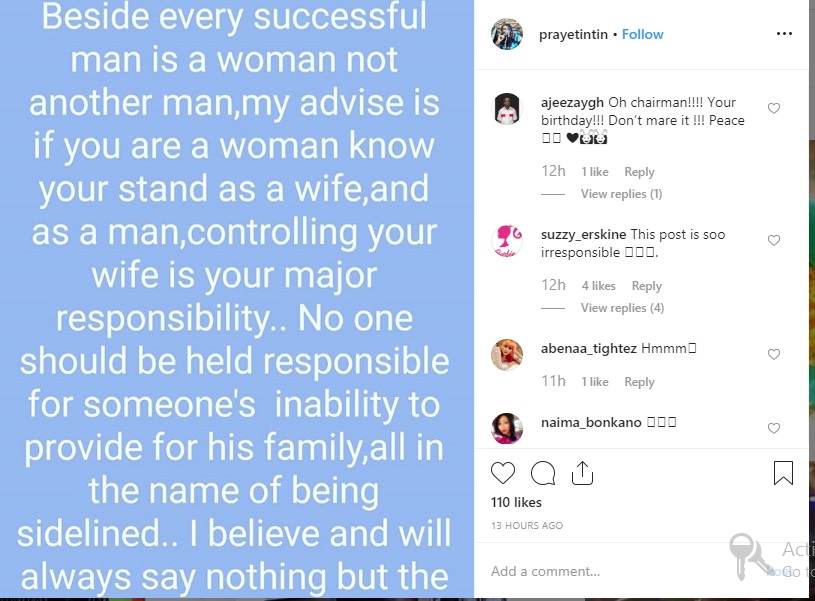 Beverly Afaglo stated that Praye Tintin and Praye Tietia have embarked on several deals without her husband’s involvement.

She explained that the group campaigned for the New Patriotic Party (NPP) prior to the 2016 elections and her husband wasn’t part.

Beverly Afaglo who is also an actress stated that the NPP have been taking the group to perform at places but her husband Choirmaster has been sidelined for reasons best known to them.