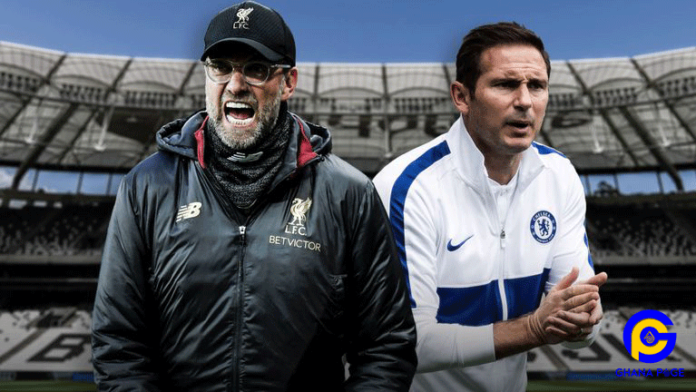 Liverpool started their Premier League campaign with a 4-1 win over Norwich on Friday evening before Chelsea lost 4-0 at Manchester United on Sunday.

Jurgen Klopp named the same starting XI for the clash against Norwich as he did against Manchester City in the Community Shield, but will he make changes and potentially prioritize the Premier League?

There will definitely be a change in goal as Alisson is out with a thigh injury, meaning summer signing Adrian will make his first start.

Klopp was full of praise for new Chelsea manager Frank Lampard ahead of the game.

He said that “I think Frank showed last year with Derby that he’s a very, very, very good manager because he changed Derby pretty much overnight. I didn’t know Derby too well but what I heard about it and when I saw them play last year, especially against United if you want, it was: ‘What a game”.

“So, proper football, really high intensity, all that stuff, it’s all there, what you need. Good defending [and] high defending, so it will be a challenge. It will be a really interesting game and for us a proper job to do, he stated.

He further added that “But it’s a final, both deserve to be there and both, for sure, want to win it desperately and I think that’s a big part of the game plan as well because you have to be lively, but you have to be calm as well. All these things, we have to see who can do them better.”

Lampard has played in two European Super Cups with Chelsea and was on the losing side on both occasions in 2012 and 2013. He says it is a competition the club is “desperate” to win.

“We need to be absolutely ready. It’s a cup that the club desperately wants to win”, he said.

He explained that “Every player in there needs to be aware of the importance of the game to this club and we have to give everything because it’s going to be tough. It’s going to be tough, but we cannot walk off the pitch and think “oh, we could’ve done that or we missed that opportunity or we weren’t quite ready or make any excuses for ourselves”.

“This final means a lot to the club, it’s another trophy and I know how much it means having lost two finals. It would be nice for me personally to start with a trophy but more importantly is it would show to the players that they are capable of competing against a team like Liverpool,” he added.

The Super Cup will be the first major UEFA men’s match to be officiated by a female referee.

Stephanie Frappart, the 25-year-old Frenchwoman, will lead out a team of predominantly female officials.

She will be accompanied by Manuela Nicolosi of France and Michelle O’Neal from the Republic of Ireland who will be the assistant referees for the match.

They also took charge of the women’s World Cup final on July 7.