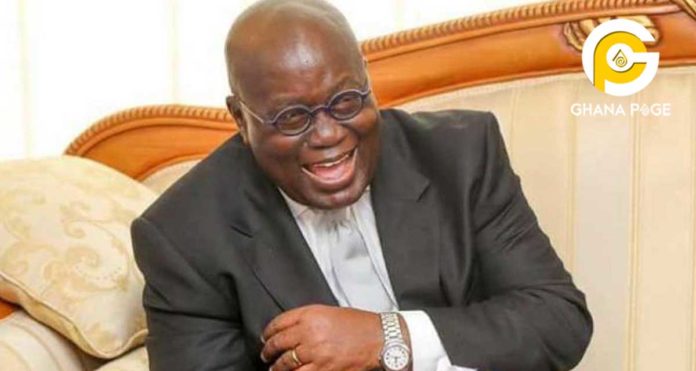 According to Eugene Arhin in a post on his Facebook timeline, the news is false and should be disregarded.

Eugene Arhin explained that the video was taken on Wednesday 6th November 2019 when the president paid a visit to the hospital to see Mr. Tommy Amematekpor, a stalwart of the ruling NPP party who on admission at the clinic.

Eugene revealed the president had gone to commission the Ga-East District Hospital in Kwabenya when he passed by the Nyaho clinic to visit his friend.

The Spokesman for president added that the president is currently in Niamey, capital of Niger attending the ECOWAS Extraordinary Session on Guinea Bissau

The Communication Director For The President of Ghana, Eugene Arhin said:

This video is making the rounds on some social media platforms, and, unsurprisingly, some of our friends from the opposition, are claiming, with glee, that the President was rushed to the Nyaho Clinic. For the avoidance of doubt, no such thing happened.

The President on Wednesday, 6th November, after commissioning the Ga-East District Hospital, in Kwabenya, en route to Jubilee House, went to the Nyaho Clinic to visit Mr. Tommy Amematekpor, a stalwart of the NPP, who is on admission at the Clinic.

The President, at the moment, is in Niamey, capital of Niger, attending the ECOWAS Extraordinary Session on Guinea Bissau.

A few minutes ago, news broke that the president has been admitted to the Nyaho clinic after he was rushed there.

In a video attached to the story, In a fast trending video, this news portal has obtained three vehicles believed to be presidential cars with one decorated with the Ghana flag and the country’s coat of arm could be seen heading towards the Airport Residential Area-based hospital.

The vehicles were accompanied by dispatch riders and many others were left guiding the hospital after the vehicles rushed in.

GhPage.com will keep you updated.