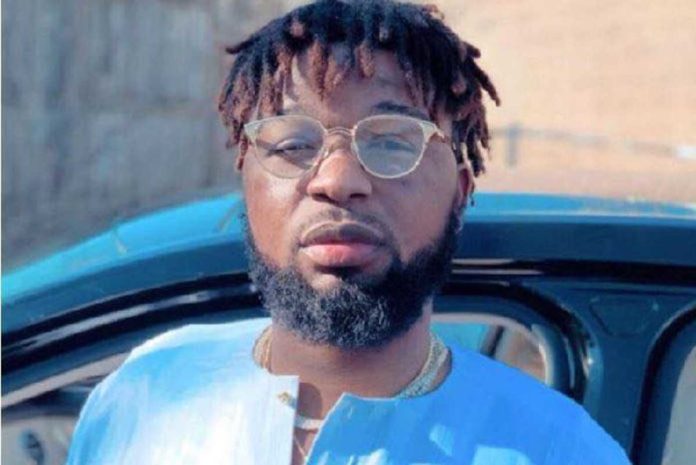 Police in Philadelphia in the United States have arrested a suspect in connection to the assassination of Nana Yaw Opoku popularly known on social media as Junior US aka Iron Boy.

According to a police report, the suspect identified as 20-year-old Tejan Sherif, from the 200 block of Marshall Street is the prime suspect in the act and was arrested on Tuesday morning.

Tejan Sherif has so far been charged with murder, criminal conspiracy, burglary, robbery, and related offenses.

Also Read: Social Media is not the place to flaunt money that’s not yours -Late Junior US’ Manager

Prior to Junior US’ murder, he was with three women inside his apartment on the 7700 block of Lindbergh Boulevard when two men came in and opened fire back in April.

Video from inside the apartment starts out showing the women inside the victim’s apartment, gathered around a table eating.

Police believe they’re all in their early twenties.

“At some point while the females are there, there’s a knock at the door. One of the females opens the door and she’s accompanied by the victim who resides in that apartment,” said Capt. Sekou Kinebrew of the Philadelphia Police Department”

Also Read: One of the prostitutes who led shooters to kill Junior US arrested

As the victim comes to the door with one of the women, two men dressed in black hoodies enter the apartment and fire shots.

Junior Us was shot in the chest and died at the scene.

“The video is rather graphic. It’s clear enough where if you know these individuals or encountered them in the past you would recognize them,” said Kinebrew.
Outside the apartment, another camera shows a gray Chevrolet Malibu pulling into the parking lot before the shooting”.

After the shooting, police say you can see the two male suspects and the three females all run to that car and leave.

“The video will go on to show… the females enter the vehicle of the people that committed the shooting. For that reason we are classifying them as suspects as well,” said Kinebrew.