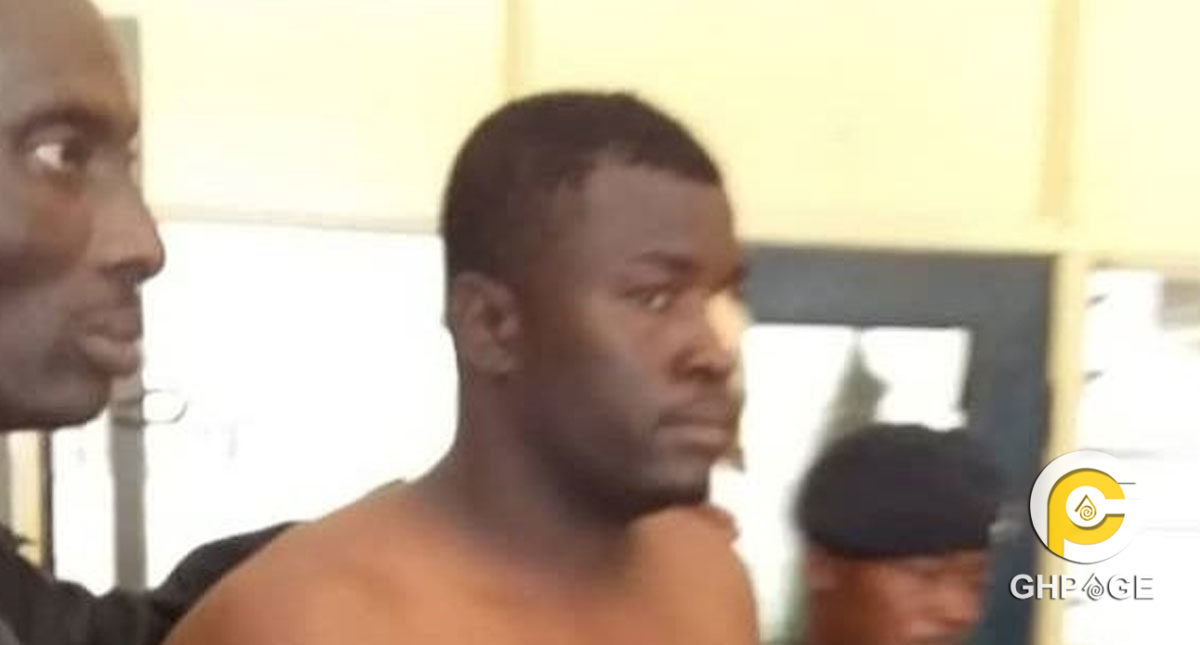 Ghpage.com has learnt that Eric Kojo Duah, prime suspect in the the killing of the two uniformed policemen Sergeant Michael Dzamesi and Lance Corporal Mohammed Awal in Gomoa Buduburam near Kasoa in the Central region was a devout christian and son of the first son of the now deceased founder of Strong Living Fire Church.

Describing him, Stella Brown, the church administrator of his mother’s church where he is also a member said that she is very shocked because the Eric she knows is a very religious and calm person. Speaking about him she said

“I don’t know which words to use to describe our late mother. And as you can see, all the guys in this church are on fire for Christ. So for us to say maybe our mother did not train him well is another story.

“Because knowing mama Lizy, she can’t sit down for you to do something which is contrary to what the bible teaches,”

The church leaders believe that Eric deserves fair trial and his part of the story needs to be heard. She added that the church would secure him a lawyer to defend him court. She said;

“The leadership of the church is going to meet and see how best we can help him since the mother was a founder of the church. We cannot leave him like that,”

It would be recalled that the two police officers were brutally shot at Gomoa Buduburam, Central region after they attempted arresting the suspects who were driving recklessly in an unregistered blue black vehicle. The case is being investigated and eyewitnesses have come forward to narrate the gory incident.

The suspect  was arrested at the Atimpoku bridge by the Akosombo divisional police whilst fleeing the Volta region. He was fleeing in a black Golf car with registration number GW 5972 – 18.

Eric Kojo Duah is currently in police custody being investigated at the police headquarters Accra. His accomplices, Ibrahim Zakaria, Issac Amissah and Dominic Commey are also being tried in court in respect to their involvement in the brutal murder of the two uniformed police officers.