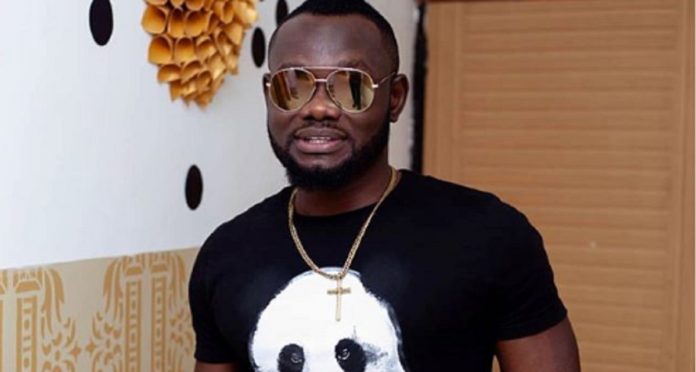 The actor in an Instagram post asked if Ghana does not have capable leaders to contest for the Presidency.

ALSO READ: Prince David Osei reveals how he refused to kiss an actress due to her bad breath

The renowned actor on the photo and video sharing social service queried if now the presidency is like a class prefect thing.

Prince David Osei wrote; “So in the whole of Ghana, is it that we don’t have capable leaders? So much that Mahama will come back to contest as President after 4 years of being President…Is the presidency like a class prefect thingy?? 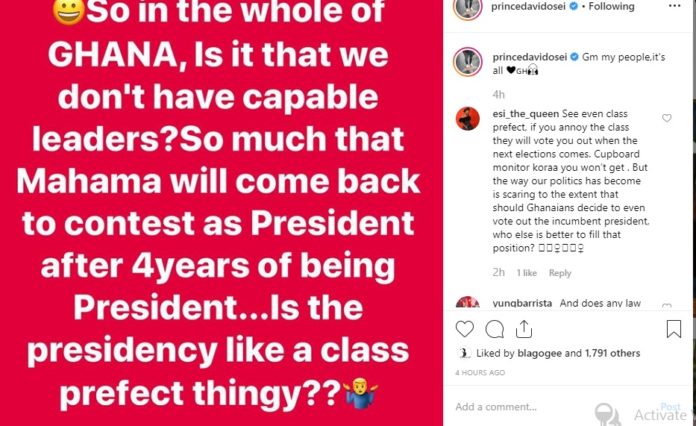 This comes after former President John Mahama declared his intention to run for the presidency again after he lost his seat woefully in the 2016 elections to Nana Akufo Addo.

John Mahama was the Vice President from January 2009 to July 2012 and took office as the President on 24th July 2012 following the death of his predecessor, John Evans Atta Mills.

He was elected after December 2012 elections to serve as full-time president but lost to the New Patriotic Party when he contested re-election for a second term in the 2016 election.

This made him the first President in the history of Ghana to not have won a second term.