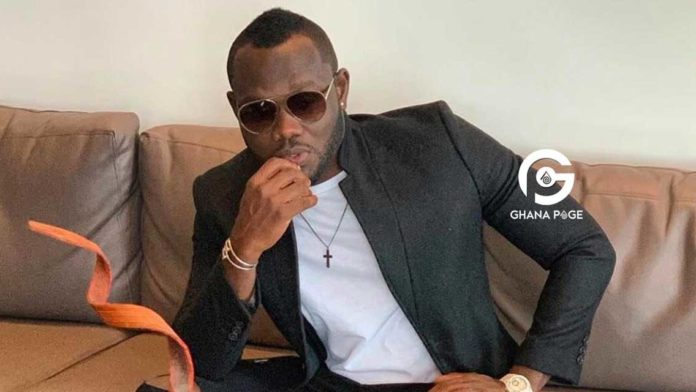 Popular Ghanaian actor, Prince David Osei has sent a word of advice to the youth on the right way to make money and to keep it.

According to Prince David Osei, the youth of Ghana have now developed the habit of chasing money the easier way.

SEE ALSO: Prince David Osei reveals how he refused to kiss an actress due to her bad breath

Whiles some are chasing ritual money and making damning sacrifices, Prince David claims he has observed how some are chasing women who are old enough to be their mother and grandmother just to make money.

He advised the youth to rather work hard, be determined in life and most importantly fear God and success will come their way. It may not be in a day but it will surely come if they persevere.

“There’s no short cut to success…It is pure hard work, determination, perseverance and the fear of God. To the youth out there, work hard, stop the money rituals.”

“Stop the mad race to get rich quick, by all means, drive the fast cars, f*ck your big sisters, your mother’s age and disrespect your elders bcos you rich…Trust me its vanity and you will die a sorrowful death…Think”, Prince David Osei added.