I don’t have a problem with Afia Schwarzenegger – Becca 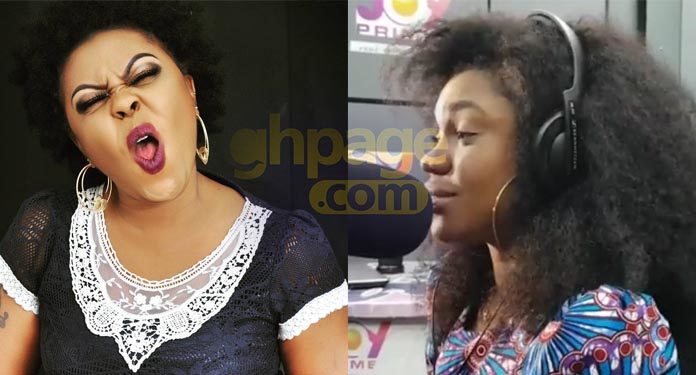 Zylofon Media signee Becca has revealed that she has no problem with Afia Schwarzenegger.

Afia Schwarzenegger has been a staunch critic of the musician since rumours went around that she’s been bleaching.

According to Afia in one of her self-recorded video, Becca’s was on top of her game when it comes to music but her glorious career had declined after joining Zylofon Music.

“Becca was on top of her game when she joined Zylofon Media but has now declined to the drains. Becca released her latest album not long ago but how many songs have you heard as far as the album is concerned. She’s now turned into a model who is always bashed for bleaching her dark skin under the influence of the media outfit,” she said in the video. Watch it here.

She also stressed how Becca has been turned into Social Media celebrity using her to get likes and comments.

In another video, Afia questioned why no rep from Zylofon music was present at the opening of one of its signees, Becca, Kora’s Spa.

read this: Despite Group denies buying apartment for woman assaulted by police

The presenter stated that because no one from the entertainment company was present shows that all is not well between some artiste and the record label.

According to Afia, after the launching, she has monitored their social media platforms to see if whether they would congratulate the singer but to her disappointment, nothing has been posted or said about it from the Zylofon company.

She noted that there is fire on the mountain at Zylofon Media which needs to be quenched.

read also: Afia Schwarzenegger to list Ghanaian celebrities who have gone to Obengfo for butt and body enhancement

In all these has Becca stated that she has no problem with Afia because it is what she does and people love her videos so she’s cool with it.

“I have no problem with her at all. She’s an entertainer, she does her thing and she has fun doing it”

“It’s like me as a singer, I can sing some words in my music and it might just hurt somebody and I wouldn’t even know that it has hurt somebody”

“She also has the opportunity and people like what she does and I think she goes ahead and she does it. Honestly, am cool with that,” she added.