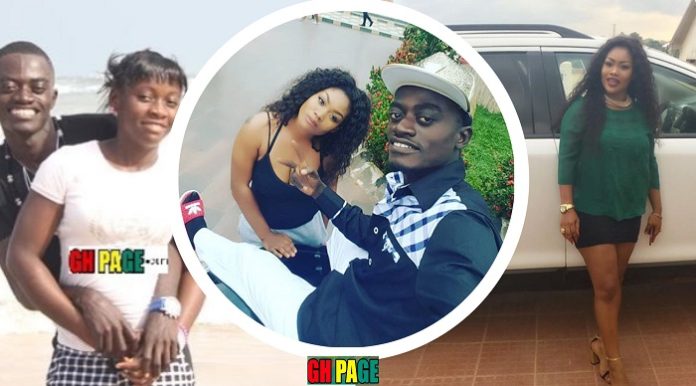 Kumawood poster boy, Kojo Nkansah Lil Win, has shared a story of how a movie producer slept with his girlfriend whiles he was on set during when he struggling to become a movie star.

According to Liwin, the girl whose name was only given as Naomi and his first girlfriend as well accompanied him to go shoot a movie but on that fateful day, he regretted taking such decision for allowing Naomi to escort him.

Read also: How Abeiku Santana connived with Lilwin to arrest a blogger

In his narration of how it all happened, Liwin stressed upon arrival on the location where they were shooting the movie, the producer in question offered the lady a seat inside a room to make her comfortable while he acted on set.

But he went in later to catch the producer sleeping with the lady; got him furious, and told the producer to keep her to himself because he (Lil Win) was no longer interested in her.

“Naomi was my very first girlfriend at a time when I wasn’t a star; she was from Dunkwao. My movie director took her from me right on set whilst we were shooting a movie. After I caught them, I told the director to take her because I was no longer interested,” Lil Win revealed.

In the video below which is an excerpt of an upcoming interview with Abeiku Santana, Liwin added that the producer refused to pay him for that very movie he shot.

Asked if he was still in contact with Naomi, Lil Win said they still talk; and added that he always helped the lady with whatever need she has when she calls him.

@officiallilwin reveals how a movie director “chopped” his first girlfriend on set and refused to pay him.