Rapper and former member of Nima-based music group VIP now VVIP Promzy is reported to have lost his mother to the cold hands of death.

Promzy made this announcement via his Facebook page where he disclosed that the sad incident happened last Monday.

He posted: “Just lost my mum. Even though it’s a painful state now, I’m trying to cope and be strong. God knows best. Have a wonderful week kings and queens”

Also Read: “I Love Shatta Wale And Will Die For Him” – Promzy Makes U Turn

The rapper failed to disclose what actually lead to the death of his mother. Not much is know about the mother of the rapper but from what we gathered from people around him, he used to share some post about his mum in the past. 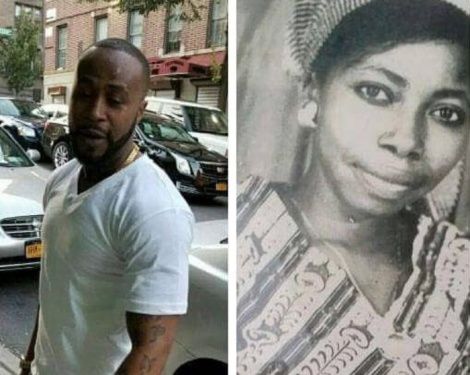 But he later posted: “When you find your path, you must not be afraid. You need to have sufficient courage to make mistakes. Disappointment, defeat and despair are the tools God uses to show us the way,”

Also Read: Ghanaian couple based found knife in their son’s bag and their reaction

Promzy was a member of VIP since the late 1990’s until in 2013 where the group revealed that he was no longer a member of the group after which he was replaced by hiplife grandpapa Reggie Rockstone.

They produced some of the massive hits the country has ever had. In 1998, they released their first album, ‘Bibi Baa O’.

In 2000, they released their second album, ‘Ye De Aba’, which was more successful than their first album. Their third album, ‘Lumbe Lumbe Lumbe’, in 2001 had the smash hit song, ‘Daben Na Odo Beba’.

SEE MORE: I Will ‘Cripple’ You If You Look Down Upon Nima- Promzy Warns Shatta