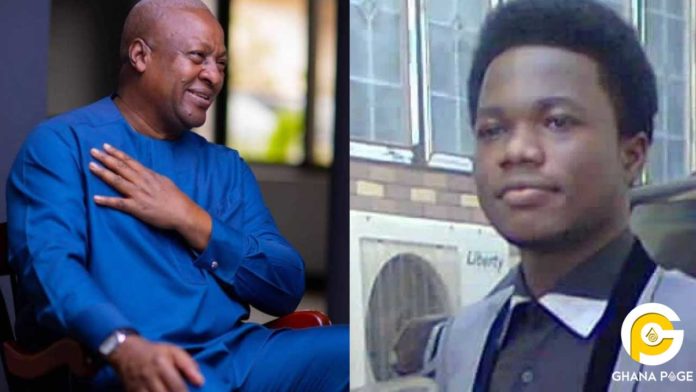 Popular Ghanaian prophet known as His Grace Cosmos Walker Affran has made a prophecy about the flagbearer of the National Democratic Congress.

The prophet made this revelation in a Facebook post where he claimed he saw a pregnant woman being buried alive with a picture of John Dramani Mahama and an NDC flag.

According to Prophet Cosmos Walker, the National Democratic Congress must pray to avert the prophecy.

“I saw a pregnant woman be buried alive with John Mahama picture and NDC flag, NDC should pray against it. “thou saith the Lord”. Prophecy by Prophet Cosmos Walker Affran”, he wrote on Facebook.

Prophet Cosmos Walker Affran has always indicated that the National Democratic Congress will win the upcoming general elections in 2020.

According to him, he will fight every spiritual battle to ensure that John Dramami Mahama becomes the President of the Republic of Ghana again.