Hot Audio: Prophet Nigel Punches Owusu Bempah In A New Interview & We Now Know The Beef Is On 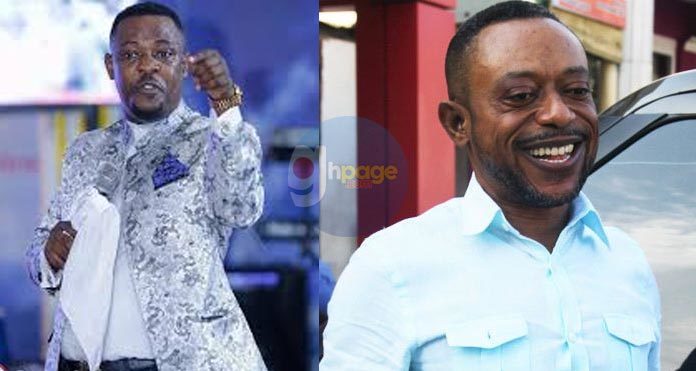 Ever since Prophet Nigel Gaisie, the founder, and leader of the True Fire Prophetic Word Ministry (TFPWM) prophesied that Former President of Ghana, John Dramani Mahama will win 2020 election if he decides to contest in the next general election, he has been on a collision course with Reverend Ousus Bempah, the known supporter of the NPP government.

When Prophet Nigel made that statement on multiple platforms as what God has shown him, the founder and leader of Glorious Word Ministry International, Rev Owusu Bempah who has been campaigning for the NPP part long before they won power came out to debunk and explained that God has revealed to him that Nana Addo win next elections.

SEE ALSO: Rev Owusu Bempah Finally Speaks About The Prophecy That He Will Die By November 2018

What sparked the beef was when Rev Owusu Bempah on “Good Evening Ghana” aired on Metro TV and hosted by Paul Adom Okyere stated that Nigel Gaisie is his small boy, he trained him and he can never be better than him in the prophetic ministry.

Nigel reacted to the statement and requested for the same platform given Owusu Bempah to expose him. Well, the platform was given him on Accra-based Okay FM on Friday and he rubbished Owusu Bempah’s claims that he nurtured him.

SEE ALSO: Prophet Nigel Gaisie is my ‘small boy’, He can never be powerful than me – Rev. Owusu Bempah

According to Prophet Nigel, the same man who claims to have predicted Ebony’ death months before it happened, Owusu Bempah never nurtured him and he is not his spiritual father as he goes around telling people. He said:

“Owusu Bempah is not my Spiritual Father with all due respect. Apostle Emmanuel Afriyie Amoako, Bishop Salifu Amoako, Apostle Okoe Hackman and Bishop Amaniampong are my fathers who pray for me and continue to help me spiritually.”

“I am not sure Owusu Bempah will recognize me if he sees me. We have nothing in common; he should stop spreading falsehood,” he stated.

Asked by the host if he has ever encountered Owusu Bempah Before, Nigel revealed he once entered his (Owusu Bempah) church to pray after he had paid a visit to a TV station close to Owusu Bempah’s church to deliver a CD.

“When I entered the church, I dropped money on the altar. He [Rev Bempah] prayed over the money and anointed every member as it is the case in almost every church. That does not mean he did it specifically for me or makes him my spiritual father. He doesn’t even know who Prophet Nigel is,” he added.

It’s obvious more will be heard from these two popular prophets in Ghana if their battle for supremacy continues.

Run from big botos; it will kill you- Funny Face advises Black Sherif after he was caught grinding a girl in a pool