Prophet Nigel wanted to do something with Ebony – DJ Oxygen 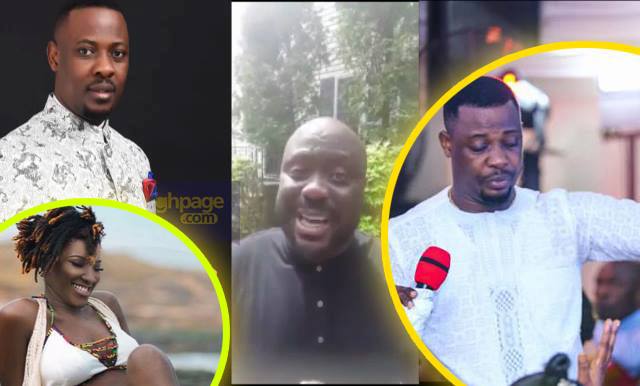 Radio owner, an entertainment critic, and a supporter of NPP known in private life as Alfred Kwame Larbi, popularly known as DJ Oxygen, has threatened to expose Prophet Nigel if he does not shut up.

Prophet Nigel Gaisie is the founder and leader of True Word Fire Prophetic Ministry (TWFPM), and he became popular in Ghana after predicting the death of the late popular musician, Ebony Reigns.

That, according to DJ Oxygen, he only wanted to do something with the late musician but did not get the chance.DJ Oxy described his Ebony’s prophecy as fake.

“I did not want to expose you because you begged me. You pleaded that you are an Akuapem, so I should not expose you. But if you don’t know and you go on radio to speak ill of me, I will expose you.” He said.

READ ALSO: Hot Audio: Prophet Nigel Punches Owusu Bempah In A New Interview & We Now Know The Beef Is On

He also sounded a note of caution to the prophet not to talk about Rev Owusu Bempah—Which he added that Owusu Bempah qualifies to be his first son if he had given birth earlier.

The radio owner who claimed to be speaking from New York dared the prophet to open his mouth — Which will force him to cut short his stay in abroad to come and expose him more.

This DJ Oxygen attacks on Nigel Gaisie we believe is more political.

Nigel on his many prophecies has stated on several occasions that, John Mahama is going to win the 2020 elections if he stands on the NDC’s ticket.

This has resulted in several battles on air between him and a pro -NPP prophet Rev Isaac Owusu Bempah. Just as the latter, DJ oxygen is a pro-NPP and also happens to be a friend to him.

In a nutshell, it is like joining your friend to fight a common enemy.

Love has no time constraints. There is no time frame for when a person can fall in love with another, it just happens. Ghpage.com has come across...
Read more