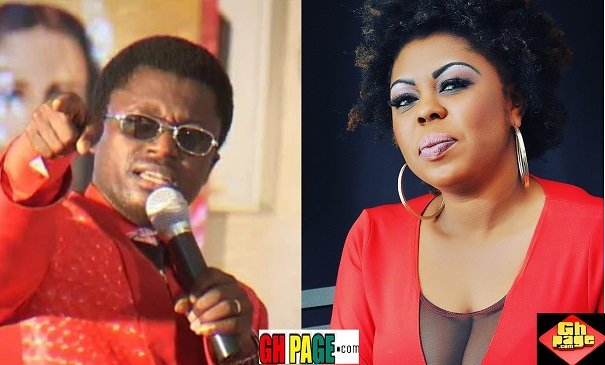 Reverend Ebenezer Adarkwa Ayiadom aka Prophet One at the least expected defended Afia Schwarzenegger amidst her scandal.

The Kumasi based controversial Prophet who is known to have a voice in every societal issue had also said that people have the plot to kill Afia and should be very careful of how she lives her life henceforth.

Speaking on his Television, Prophet One Tv this Sunday morning, and as monitored by Ghpage.com, Rev. Ebenezer — condemned Afia’s ex-husband, Abrokwa for moving in to stay in a woman’s house after marriage.

The prophet also wondered why Abrokwa did not harass the man he met on the bed with Afia but rather choose to let him loose and concentrate to humiliate the loud mouth radio presenter.

“The man left the room with his face covered whiles you claimed you are holding an acid without any attempt to pour some on the man or even stopped him from leaving.He didn’t make any attempt to remove the man’s bed sheet as he did to Afia.There is more to it and find that fishy” He stated.

He continued, Mr. Abrokwa should be arrested for threatening Afia with an acid or whether it was not even an acid.

READ ALSO:Photos: See The Man Afia Schwarzenegger Was Caught Sleeping In Bed With

He added that he feels there is a plot in the whole circumstances. Either between Abrokwa and the man he caught him on the bed with or people who want to disgrace her.

He, however, added that, Afia should desist from all her bad deeds for God to use her, else people might plot to end her life once and for all.

Student nurse and doctor suspended for having sex in the hospital