Most prophets are now spiritualists; they have no business with God-Prophet Oduro 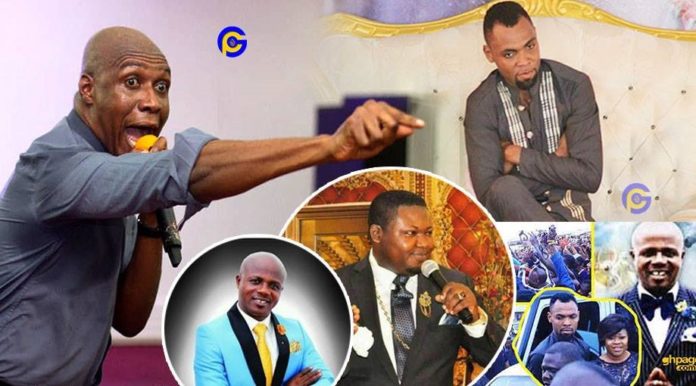 The Head Pastor of Alabaster International Ministry, Prophet Kofi Oduro has stated that most Ghanaian prophets are spiritualist who has introduced sorcery and magic in the church.

According to the outspoken man of God, hell awaits such prophets who have turned the house of God into a shrine and performing all sorts of fake miracles.

Prophets Oduro also disclosed that ‘so-called men of God like Katakyire Afrifa and Dito Dito were able to acquire enough money and fame but are currently nowhere to be found.

“Most of the prophets in Ghana are ex-anointed prophets. They have no business with God at this moment, they started very well in the name of the Lord but now they have turned into the prophets of Baal.

They are occultic people, Illuminati, they are part of the Freemasons. Sorcery, enchantment, the magic they brought it to church. So the person you knew to be a man of God actually now is a Spiritualist.

You may be sitting in a church but actually, you may be in a shrine. Our churches are turning into shrines and the Lord has ordered me to inform some prophets or they are on their way to hell. People like Katakyire Afrifa, Dito Dito got some money and fame but where are they now?”, he quizzed.

ALSO READ: John Dumelo on insta-live with Moesha Boduong, talks about her breast

Prophets Oduro also rained insults on men of God who sell all sorts of spiritual items such as Back to sender oil, Follow me boys oil in their church.

“What is this madness that has come into the house of Lord? The church has now turned into shrines and it has been modified to make it look normal”, he added.