It seems Kumawood actor, Kwadwo Nkansah Lilwin and Odehyieba have finally buried the hatchet as they have been united by Prophet Stephen Adom Kyei Duah.

The two musicians were allowed to make peace with each other and also performed their hit single ‘Ladder’. 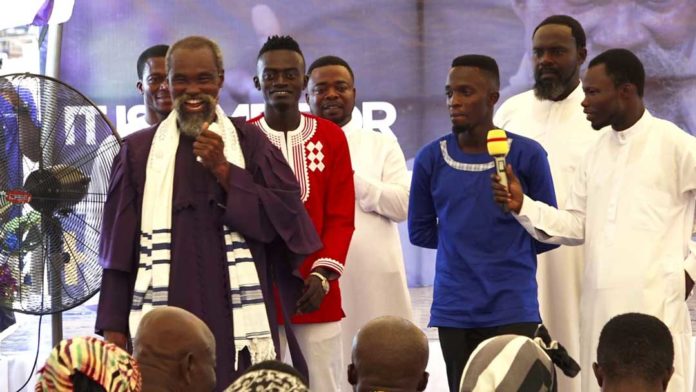 In a video sighted by Ghanapage.com, Lilwin and Odehyieba hugged each other signifying peace and also performed their song titled ‘Ladder’ to the cheering congregation.

The prophet also advised the musicians to let go of the past and work together to manifest the good plans of God towards their lives. 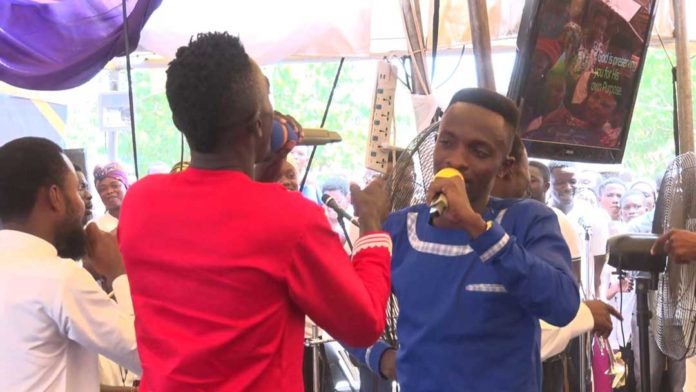 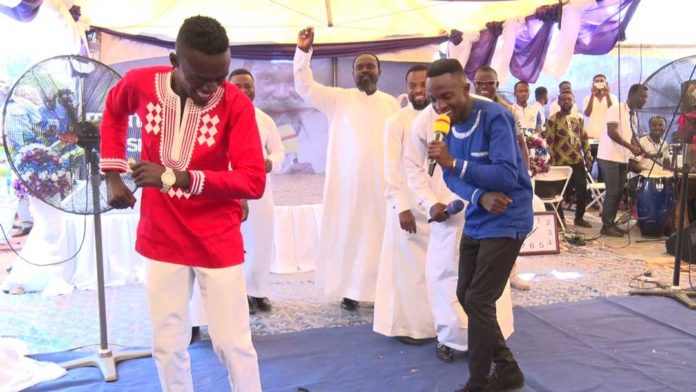 Somewhere in 2018, former Boss Nation member Odehyieba launched a series of attack on Lilwin after he (Lilwin) claimed ownership of the hit song titled ‘Ladder’.

According to Odehyieba, he wrote the song and decided to feature Lilwin on it and they both later agreed to make him (Odehyieba) the featuring artist.

He disclosed that after the song went viral Lilwin paraded himself as the owner of the song and kept all the money they made from the song.