Psalm Adjeteyfio Aka T.T From Taxi Driver Dips In Tears As He Narrates How He Badly Abandoned His Wife And Children To Date A ‘Demon’ Woman(Video) 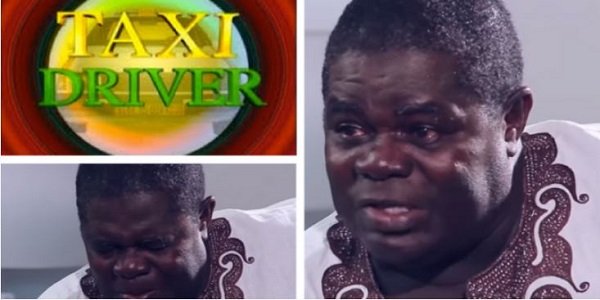 Psalm Adjeteyfio known by many as T.T has opened up on his ordeal lifestyle – how he badly abandoned his wife and children to chase after a woman he now describes as a demon who has now ended his good life.

READ ALSO: Different You, Different Me — EL Fires At Shatta Wale For Meddling In His Business

T.T who is well known from then-popular TV series, Taxi Driver, narrated all the suffering he drove his own children through because of some illogical decisions he made some years ago.

Speaking in an intense interview with Delay on her Delay show, the host asked something about his marital life and that was where he made a strong revelation on those accounts.

According to the old-age taxi driver on his marital life, at some point in his marriage, his wife faced a sudden development and became a different person altogether which sees her not to be submissive to him anymore, as she was influenced by her friends.

T.T further added that the discrepancies between him and his ex-wife later influenced him to fall in the arms of another woman, who he even decided to move in and stay with the woman in Cape Coast, where she lived.

The veteran actor in his extensions revealed that little did he know he had signed a contract with a demon as he made a decision to move his children to come and stay together with him and his new lover’s house, as his marriage had broken and the kids had nowhere to look for shelter. 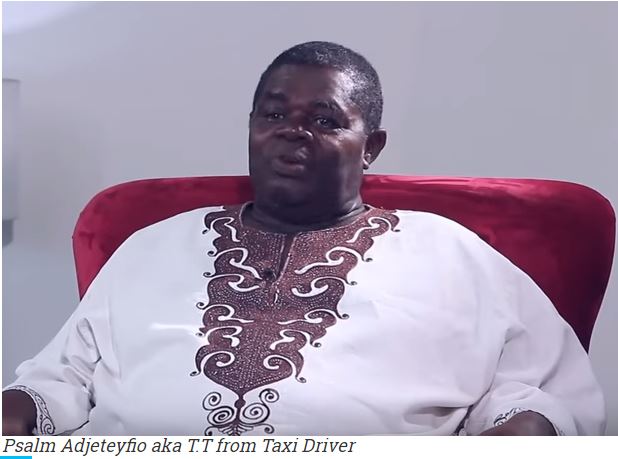 Describing all the difficult distresses his children went through under his then lover, the man got much emotional and couldn’t hold back his tears, remembering the whole event.

He disclosed that his then lover abused his children to the extent that, she even used her heels to physically damage the private part of his daughter, but added that all those things happened in his absence.

However, upon finding out how cruel the woman was, he ended up his relationship with him and moved from Cape Coast.

The Taxi Driver actor now says he regrets ever making such a quick decision to jump into another woman’s arm when he had issues with his wife, he threw advised on married people to always relax and solve their problems before making decisions they will later regret in the future.

T.T is reported to be sick and suffering from a heart enlargement condition, making it tough for blood to be pumped to various parts of the body.

The host, Delay has therefore made a request to Ghanaians who can come to his aid to support him financially, so he can undergo surgery and also get some money to sort his rent issues.

READ ALSO: “You are not a Dancehall King, you just an imitator” – Ambolley Shades Shatta Wale

Watch The Video Below…….

READ ME TOO: Video: Efya Claims She Doesn’t Need A Man To Be Satisfied In Bed And Here’s Why