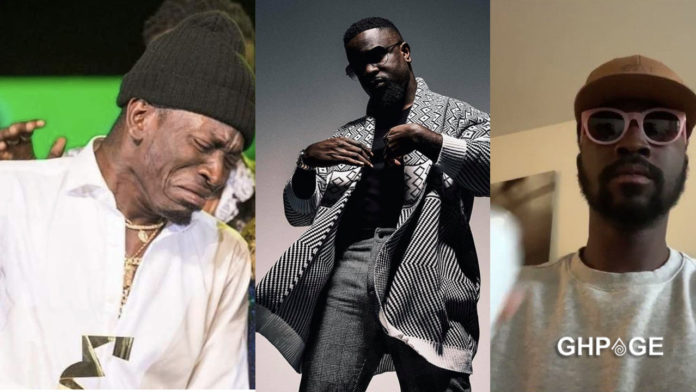 The most trending news in entertainment circles right now is Sarkodie’s diss to some Ghanian musicians who have been on his neck for a while now.

Sarkodie calls the diss song “Sub Zero” and the diss is directed at Asem who just released a diss song for him.

There are punches in the diss song for his known rival Shatta Wale, Ball J, and many others who have been beefing him for a while now on social media.

Whiles others are praising Sarkodie for unleashing his venom on people have been attacking him needless for a while now, his critics claim it is his usual rap style, no difference.

Ghpage.com has analyzed the rap and brings to you 12 of the highest punchlines in Sub Zero and they are freaking dope.

Listen to Sarkodie Sub Zero Below

Check Out The Punchlines Below

The Beatings
Sarkodie is currently outside the country, so he teases that if he were to be in Ghana, he would have gotten him beaten up.

The Brag
Men I just bought another crib,
2020 m3sesa me chip

Ready To Throw Some Blows
Here Sarkodie calls Shatta A coward who only makes noise behind his computer screens.

nea mikyi ne n!gg4 wey dey act tough,
but you’re only hard on your laptop
Chale make you meet me for the park top,
you go move back when I take the f**k!ng mask off

More Bragging
In a Lamborghini with a bad b!tc.h,
seen a couple haters in the traffic,
negative energy I dey try avoid

Still Claiming To Be the Highest
all I see, a bunch of beta males,
ne buafu me cuz I told him I ain’t seen a mil,
woy3 bitch n!gg4, if you hit me up for feature na manny3 aa,
wotse couch so na wo bitee wo fingernails.

And The Finishing Punch
Adwen da metsrim so I’m tryna use it.
New genration no, we can’t tell between when someone is been real or person is just stup!d