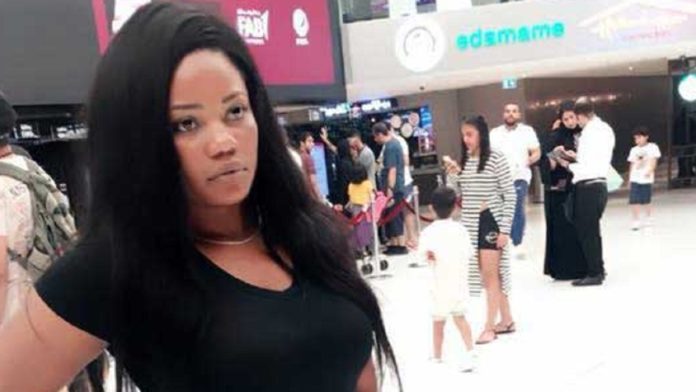 Kumawood actress turned musician who sent nude videoes and pictures to producer has finally detailed what influenced her decision to do that.

According to the musician Queen Lissa, the videos and pictures were meant for her boyfriend but she mistakenly sent it to the producer.

In an interview with GhPage TV, she explained that she never intended to send the video to the movie producer identified as Nebu Ur’ Majesty.

She added that she never had an amorous relationship with the producer but everything that happened was a mistake.

Queen Lissa who was hesitant to explain how she mistakenly sent the nude videos to Nebu stated that she wasn’t really perturbed by the insults hurled at her by the producer’s baby mama and social media users.

The musician added that she has been through a lot in this life to make such minor issues get to her.

ALSO READ: I don’t enjoy lovemaking because of past experiences -Queen Lissa

“I wasn’t impressed with Nebu’s baby mama reaction so I just wanted to have him for once and later dump him.

Now I don’t need him but when I do I will call him and he will heed to my call. Everything she said about me is fake, she should just concentrate on being a baby mama”, she disclosed.

It can be recalled that last year, the wife of  Kumawood producer and director Francis Dzogbetsi popularly known as Nebu Ur Majesty exposed an actress who sent nude pictures and videos to her husband.

The wife of Nebu, Nora Frimpong Manson warned the actress to stay away from her husband because she is not ready to share her husband with any other lady.

The actress who sent the video to Nora Frimpong’s husband was Queen Lissa who is now a musician.