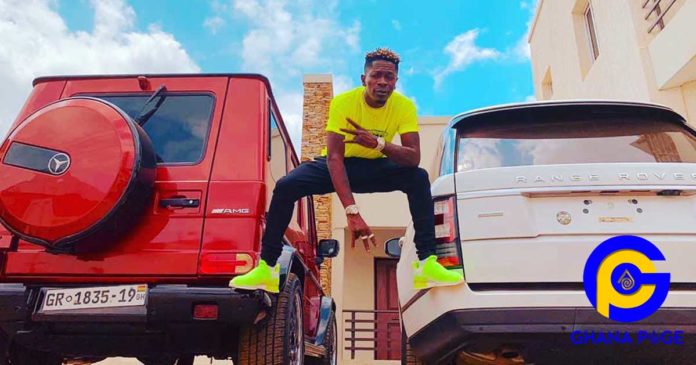 Ghanaian Dancehall act Shatta Wale has asked that his fans especially those who smoke should be quick to beg the police when they arrest them for smoking.

According to Shatta Wale who was addressing the thousands of music lovers at the recently held “Loud in Bukom” concert, offenders or culprits who argue with the police are rather worsening their case since it could lead to some serious unfair treatment.

The patrons of the event who were mostly Ga’s made Shatta Wale make the statement in their local dialect to send the message very clear to them.

The “My Level” hitmaker advised that if they are smoking weed and the police arrests any of them, he or she should beg and ask for forgiveness promising that they will not smoke there again.

The police, he claims, encourage him to continue smoking the weed without arresting him.

He urged that they all emulate his humble lifestyle and not try to prove though.