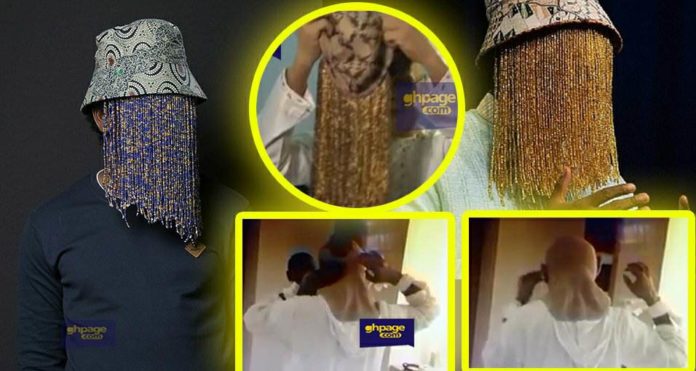 Anas Aremeyaw Anas has been a name most people in the world especially Africans and Ghanaians have now become afraid of because of the way he goes undercover and exposes corrupt activities that go on in government and private institutions.

Also Read: I should have been dead by now – Anas Aremeyaw Anas

In the maiden edition of ‘Politics & Power’ magazine, Anas disclosed that his major worry in the kind of work he does is to lose the support of ‘discerning people’ who supports his works.

On when he would retire from the profession, he stated that when that day comes, he will call it quits, adding that he doesn’t worry much about all opinions about him.

When asked whether it bothers him that while he has been widely praised, he still faces criticisms from a people who may be a little confused about his work.

“… Does it bother you that the latter may have been tampered with or threatened in recent times due to the back and forth over #Number12?”.

In response, Anas said he watches trends and follows profiles to understand contexts, but his major worry is to lose the support of discerning minds and so far he has about 80/90% approval rating on social media.

“You see, watch the trend —and that’s what I do —I watch the trend and ask myself ‘Who are the confused people?’ you, when you go, watch them. Go on their profiles, you will see that they were born undecided. They don’t know where they are. Today, put something on your wall: ‘oh he is a great guy.’ Tomorrow, let someone put something: ‘he is a bad guy.’ They are undecided. I’m more worried about people like you, who are discerning. And my message always goes to people like you. If I lose people like you, I will quit journalism. So you look at the trends, the thoughts, the mannerisms. For them, what you have today, it will take them another five years to get to this level, and don’t blame them too; the level of education, the IQ level… everything is confusing to them. Sometimes, too, they are idling. They have nothing to do. They want just want to be seen to be seen to be against something, and they think that’s what makes them relevant. So I’m not bothered at all. I can tell you that I still have 80/ 90 percent support on social media”