I will quit Parliament after my tenure ends – Kennedy Agyapong vows 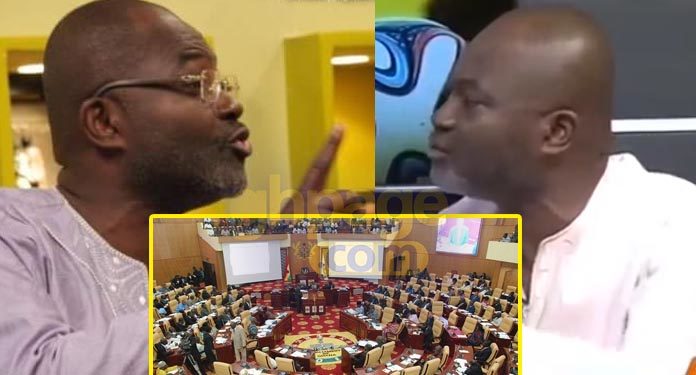 Following his expose on Anas which got him insulting majority leader of parliament, Hon Kyei Mensa Bonsu, MP for Assin Central, Hon Kennedy Agyapong has vowed not to contest for the next parliamentary elections after he was probed by Parliament yesterday and rendering an apology to the house and Hon Kyei Mensa Bonsu.

Kennedy Agyapong earlier denied calling parliament “useless” but rather said parliament has become “Cheap”. But because the Twi word for both is similar, Hon. Muntaka Mubarak who raised the issue in parliament misinterpreted the word.

read also: KENNEDY AGYAPONG SPEAKS ON DRUG ACCUSATIONS AGAINST HIM AND EXPLAINS HOW HE BECAME A MILLIONAIRE

Kennedy Agyapong vowed never to apologize and will resign from parliament if the need is but he apologized to parliament at the second sitting of the Privileges Committee yesterday but at a cost.

According to the honourable member of parliament, his wife, after watching the video tendered as evidence against him by MP for Asawase, Mohammed Mubarak Muntaka, got angry and advised him not to contest the seat again.

“My wife told me not to go again and I won’t go again; my constituents will try all they can to persuade me but I won’t go again. I have a life to live and I will entreat people to come see my lifestyle after parliament”.

What made him took the decision was when a member of the New Patriotic Party threw a jab at him describing him as unfit and indiscipline to be a parliamentarian but nobody condemned what he said.

“When the guy said I wasn’t qualified to be an MP and that if I couldn’t stay in Ghana with Anas then I should leave Ghana, no parliamentarian or politician said a thing because it was against Kennedy Agyapong so everybody heard nothing“, he said.