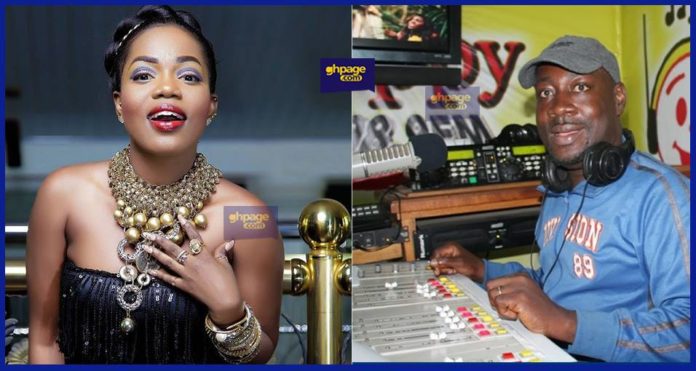 When entertainment shows hosts are mentioned in Ghana, never can you relent mentioning the name of Happy Fm’s astute presenter Dr Cann.

Dr Cann has really carved a niche for himself. He is one of the best entertainment shows hosts in Ghana and has been nominated on numerous occasions at the RTP awards.

Fate has turned around for him as he’s been expelled from hosting his popular Entertainment show, Showbiz Xtra.

Narrating what caused him being sacked by a panel member, there was a little bit of argument in the studio concerning Mzbel. According to Mr Logic, Mzbel was the who misbehaved in the studio on publishing issues.

“I don’t see anything wrong with what Mr Cann did but it was rather Mzbel who misbehaved herself. I was arguing on publishing issues with Bulldog.”

“It was Mzbel who started insulting call-in listeners,” he said.

read this: First ever Sakawa church opens in Ghana

According to Mzbel, instead of Dr Cann playing her new song, he rather played one or two of her old songs, introduced her as his guest on the programme. In her narration, Dr Cann was happily reading the insulting messages sent in by the listeners; which Mr Cann later came out to apologise.

Speaking on Daybreak Hitz on Hitz FM, Mr Logic who was in the studio with the musician, Mzbel insulted Stacy Amoateng and her husband on the show which got the listeners to reply her since there was no need for a sinner to insult a sinner.