“I left Ras over a year ago over extremely abusive behavior” – Rasheeda, first wife of Ras Mubarak speaks 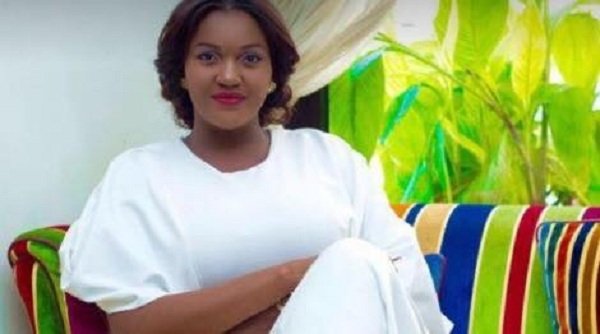 Over the weekend, the MP of Kumbungu Ras Mubarak too his second wife. He got married to Huseina Mubarak, the daughter of fellow Member of Parliament, Hon. Muntaka Mohammed.

According to Rasheeda Adams, she has been separated from Ras Mubarak for over a year now over “extremely abusive behavior”.

“I woke up this morning to a barrage of calls sympathizing with me because my ‘husband’, Ras Mubarak, took a second wife.

“I wish to categorically state that this information is wrong. I have refrained from commenting on this issue because I believe my time and energy would be put to better use by working hard and nurturing my children.

SEE ALSO:  See Photo of The 23-Year Old UK Based Ghanaian Who Has Been Stabbed To Death In London

“However, it has gotten to a point where I am avoiding business calls just so I do not have to speak to another ‘sympathiser’”

“I was married to Mr. Mubarak, which resulted in two beautiful children. [The] said marriage has been over for more than a year, as we are now in court over custody matters. The marriage ended due to extremely abusive behavior from Mr. Mubarak towards me. We have not lived together for the last 1 year.

She continued: “For those who were ‘kind’ enough to call me to solicit for information: No, I do not know his new wife. Don’t ask me if she is his sister, I don’t know. Yes, I’m fine with it. The Ashantis have a proverb to wit: ‘After one pushes an old lady, where she falls is not one’s ‘business’. A man cannot have a second wife when he does not have a first, and I AM NOT HIS WIFE.

“I am very happy for him as the father of my children and wish him marital bliss so he can completely forget my existence. I feel nothing but relief. Finally, I would be grateful if my former colleagues in the media would verify their facts before putting them out. It will save us all a great deal of stress. Thank you.” Rasheeda Adams ended.

Meanwhile, Ras Mubarak has also said he has only one wife. According to him, he married his latest wife after Rasheeda “packed out” of their home and filed for divorce.

Responding to media reports that he has married a second wife, Mr. Mubarak wrote on his Facebook page that:

SEE ALSO: KKD Speaks: “My son is a homos*xual; that’s his choice and I support him”

“I’ve just woken up to news that I married an additional wife yesterday. Let me put it on record that – though I am unapologetically a believer in polygamy and my religion, and my proud Dagbon tradition and culture permit polygamy – I just remarried yesterday after my wife then, packed out and sued for divorce a few weeks before the 2016 election.

“While we appreciate the media interest in reporting what is news, we wish to encourage the media to report what is factual. Mrs. Huseina Mubarak – my new and only wife – and I, are very grateful to colleagues from the NDC and NPP, friends, family and everyone who supported us in diverse ways.

“May God bless us all and strengthen every marriage.”