The Real Anas Exposed By Former Classmate; Says He Possesses Spiritual Powers With Over 17 Names 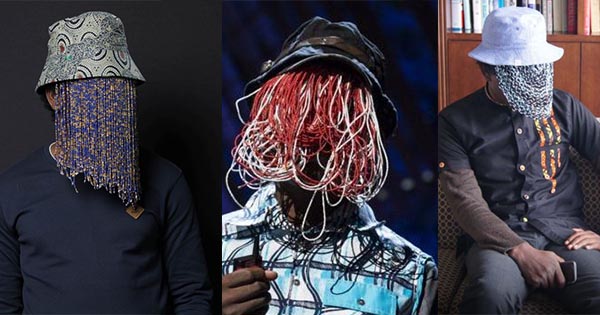 Just some few days ago we published an article about ace investigative journalist Anas Aremeyaw Anas where one of his former employees at Tiger Eye Production revealed that the man behind the mask that we have all come to accept as Anas is even not Anas and that he goes about his activities with his bare face. Read the full article here.

Well, it seems his real identity is yet to be known by Ghanaians whose name scares and frightens even the humble.

The former member went further to reveal that Anas’ is a Christian and a Ewe from Adaklu in the Volta Region. His real name is Korshi Anyagli Mensah.

Another former schoolmate of Anas has written a chilly account of incidents he witnessed as a former classmate of Anas in Law School.

According to the former schoolmate, Anas entered the Law School with a mysterious alias and could disappear from class moments after he has walked in and taken his seat.

“He used to sit at only the back row. Why I am telling you this is the fact that even in school, Anas was exhibiting strange signs of spirituality which used to baffle us. One would see him enter the class and see him seated alright but before one turned one’s head again, Prince Akorley was no more there. Nobody saw him stepping out too!”

According to the former schoolmate, “the little I know about Anas is really shocking” adding that so “those who think they can handle him should really tighten their belts spiritually. Anas and I attended Law School together.”

He revealed that back in school, Anas was known as Prince Akorley. Don’t be bothered, he bears 17 different names.

His friend recalled a chilly he has not come to terms with.

“I saw him entering the lecture room as we were all seated. I mentioned his name “Wonderful Prince” just to give him some accolades, he winked at me as he took his seat but all the others in the classroom asked whether I was mad. Where was Prince? I couldn’t understand. There was Prince in his seat, smiling at me. Could they not see him? The 16 other students in the classroom said they could not see any Prince. This frightened even me. Was that not Prince I still could see? And why was he looking so straight at me and smiling? Could he hear the others saying that they could not see him? Why could I see him?”

“I approached his seat to touch him for all to see but when I reached it, there was no one in it. The Prince that was just smiling at me was no more there. I remember how the rest of the students laughed at me, concluding that I was probably suffering from hallucination.”… according to him, that incident left him really afraid, made him felt sick and had to go home.

“Upon explaining the situation to my grandfather at Wheta, he explained to me what had happened that I alone could see “that Juju student” is because of the spirit they worship in their own family which makes one possess the third eye, “so it was with the third eye that I was seeing him. The Anas I know must be a spirit or be in possession of a strange spirit warning me to keep off him.”

“I have since experienced lots more of such sights whereas I could see people who were dead but others could not see them, I can see witches even now in the daytime, but I am not a witch hunter and my law background warns me about proof so I normally keep quiet. One does not know whether his spirit is from God or not.”

“Torgbe Gabliga Govuvu, our family priest was tasked to investigate the source of Prince’ powers and whether he meant me harm in the class, but Torgbe couldn’t get to the bottom of his powers. He was only sure Prince meant no harm to me which was why I didn’t go to the authorities..”

“I confronted Prince about it, asked him why he behaved strangely in class and sometimes disappears, and comes and goes at will, he told me the whole truth because he[Anas] discovered that I could see him when no one did.”

READ MORE: 10 facts you didn’t know about Anas and no. 4 will shock you

“Inact I will laugh at anyone who intends to embark on the ‘dangerous venture’ of pursuing him even spiritually. He’s just invincible. You can’t get at him without him knowing”

“If his powers are from God, then it is hopeless trying to track him down. If they are from Satan, however, then there is hope of getting him because one could negotiate with a more mischievous spirit to counter another spirit in that realm. Till that is done and his spirit is found to be less powerful than the spirit negotiated with, there is no hope ever of getting Anas spiritually.” he said.

“Am convinced he is definitely not just another human being. That guy is a spirit or has a strange spirit. Whoever wants to uncover his real identity will have to be extremely strong. He sees you when you hadn’t seen him. He is simply a mystery beyond easy ravelling.” he ended.

Share
Facebook
Twitter
WhatsApp
Previous article5 Important tips you need to know for successfully Dating A Married Man
Next articleVIDEO: Patience Nyarko Responds To Claims That She Is A Husband Snatcher