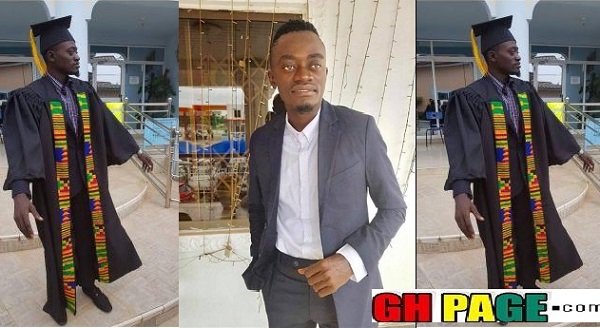 Kwadwo Nkansah, popularly known as Lilwin is a Ghanaian actor, musician and comedian.

He was born on 15th April 1987. He hails from Kwaman, off the Offinso road in the Ashanti region. He is currently 31 years.

Kwadwo completed Junior High school at Kenyasi Abrem in the Ashanti region but wasn’t able to further his education because he was always at the last position in the class.

He, however, enrolled into the Abbeam Institute of Technology at Kasoa. This was a bold decision by Kwadwo Nkansah and that made his fans very proud of him. 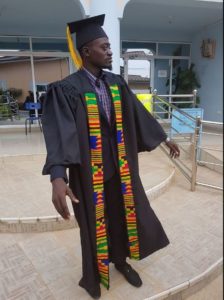 Lilwin made his debut in the movie industry (kumawood) in a movie titled Daakye Asem Nti where he acted alongside A-list actors like Vivian Jill, Agya Koo and Micheal Afraine.

He wowed directors with his creative and amazing performance which made other directors and movie producers select him for most of the lead roles.

He was introduced into the movie industry by Theophilus Amoabeng, a Ghanaian director popularly known as Batman. He believed in Kwadwo Nkansah’s acting capabilities and featured him in a movie that lead to his breakthrough.

This has resulted in him featuring in over 700 kumawood movies since he started his career.

Kwadwo Nkansah has now become the crowd’s favourite where most kumawood movie lovers always want to see and directors chasing him for roles.

He also revealed that he has acted in more than 700 movies but has received payment for only over 200 movies because some producers fail to pay actors.

His first hit movie was Adiyah, where he played that role alongside Kwaku Manu. These two characters made the movie an instant hit with movie lovers yearning for more.

Kwadwo’s popularity as a comedy actor escalated so much that he amasses so many cheers anywhere he finds himself.

This is an indication that he is loved and his creative and funny acting has won the heart of many movie lovers and Ghanaians.

He also disclosed that he is not bothered when people describe him as one of the ugliest actors in Ghana.

“Handsomeness to me is determined by a person’s eyes. I have the sexiest eyeballs and that any movie actor can have and that makes me unique. Almost on a daily basis, I get admirers, almost ladies who tell me that I am handsome so I don’t know what those people are talking about”, he said in an interview.

Kwadwo is not just an amazing actor but also an incredible musician. The Kumawood actor has also released several songs like Nyame Gye me, Akyire Asem Me, Twedie, Me Yare, Mama boss Papa, Corner Corner and an all-time favourite, Ladder.

His songs are making airwaves and his songs are not left behind when the best songs are ranked. He also has an electrifying stage performance and makes the crowd yearning for more anytime he mounts the stage.

Kwadwo Nkansah was born to Mr Kojo Nkansah and Madam Adwoa Offie. He grew up with six other siblings in Kwaman in the Ashanti region.

Kwadwo Nkansah got married to Patricia Afriye in 2012 and currently have two handsome sons.

However, after 4 years the marriage broke down and led to a divorce. Patricia attributed the divorce to Kwadwo constantly abusing her emotionally and psychologically.

Kwadwo revealed that he was paralysed for 5 years in his childhood and thought that was the end of his life. He also was involved in an accident on st while playing the role as an armed robber and left him in a wheelchair for 5 months.

These tragic accidents led him to show compassion to the less fortunate and also donates some items. He recently donated foodstuffs and money to Veteran movie actor King Aboagye Brenya and also to the Kumasi Asante Kotoko football club after an accident that led to the death of a player.

He also recently made a donation to the Tafo Central Mosque and also built a school in his hometown. The school is from creche to junior high.

He won the Favourite Actor at the 2015 Ghana Movie Awards and was also honoured by the United Nations for his campaign against illegal migration in West Africa.