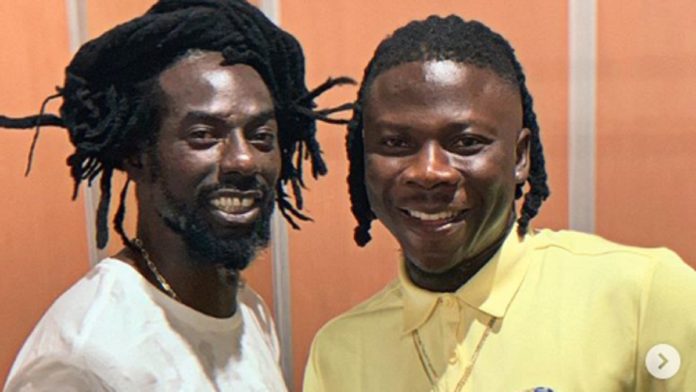 Ghanaian dancehall artist and the CEO of Burniton Music Group popularly known as Stonebwoy has expressed that recording a song with ex-convict Buju Banton will not affect his brand negatively.

According to the “Top Skanka” hitmaker, the fact that Buju Banton has spent years in prison means nothing and will not have any negative effect on his brand.

Stonebwoy also added that Buju Banton was able to fill a stadium at his first concert after he was released.

He further stated that he is not worried about the fact that Buju Banton has been to jail and that people make mistakes all the time.

“We all go court aaaa. This ex-convict came out of prison wey e dey fill the stadium. The West understands these things and that if people didn’t make mistakes, there wouldn’t be cells”, Stonebwoy explained.

Stonebwoy met the Jamaican musician in Portugal last week at the Afro Nation Festival where he was billed to perform.

Buju Banton originally known as Mark Anthony Myrie was arrested in 2009 on drug-related charges in the United States of America.

In 2011, he was convicted on the same criminal charge and was imprisoned in the US until December 2018 where he returned to Jamaica.