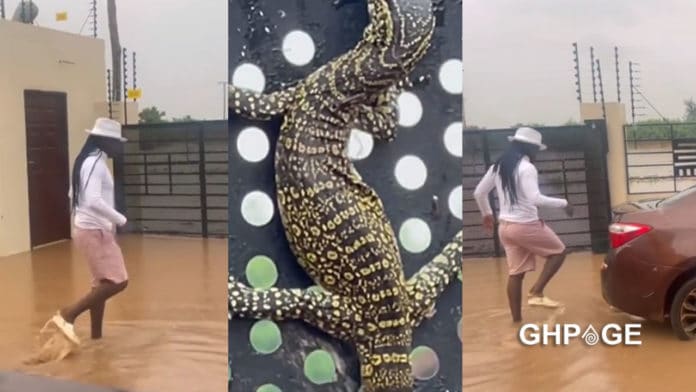 Grandpapa of Hiplife Reggie Rockstone has had his own fair share of the unresolved flooding problems Ghanaians have to grapple with when clouds gather.

For the umpteenth time, some parts of Ghana’s capital got flooded again on Tuesday, July 5, following heavy rains that threatened lives and properties.

The rapper was among the dozens whose homes were taken over by floodwaters which saw many residents displaced.

Reggie Rockstone posted a video of his Cantonments home partially submerged in water on Instagram.

The water which washed through the streets in Reggie Rockstone’s neighbourhood spread to his compound. He later discovered a huge lizard clinging to his front gate amid the flood.

“I pray the hoods and all are safe. I am grateful for all but I can only imagine what is happening elsewhere,” he captioned his post.