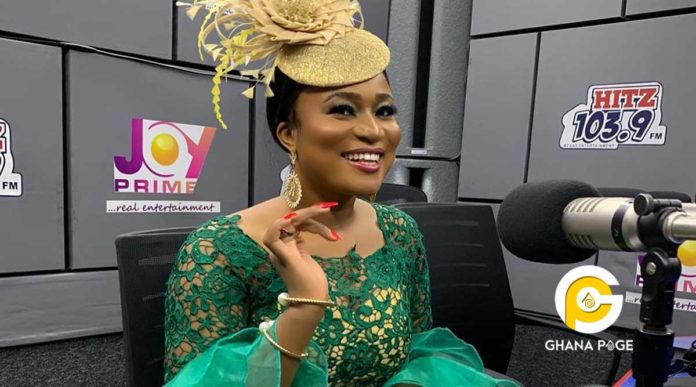 Ghanaian and Nollywood actress Christabel Ekeh who sometime in 2017 released her nude pictures only has revealed in an interview that she has done a lot of wrong things.

In an interview with Franky 5 on ‘This is Gospel’ on Hitz FM, she disclosed that she releasing her nude picture was just not a big deal looking at the kind of bad things that she has done.

‘The real thing that was in my mind at that moment was like, why do people see nudity as a big deal? If they know what I have done, the real things I have done is worse than nudity so it is nothing…I felt it was nothing at all…,” she said.

Also Read: I had already become a born-again before releasing my explicit photos – Christabel Ekeh

Christabel Ekeh, however, indicated that she felt that way in the past because the devil kept reminding her of her mistakes.

“I think that time I was just being guilty, shamed by the enemy. ‘You are nothing anymore because you are this, you are that’…that is how I felt,” the actress disclosed.

Commenting on her recovery from depression and finding a new life in Christ, Christabel Ekeh said she traveled to Cotonou in Benin for a vacation with her new boyfriend to escape her troubles in Ghana.

According to her, she met God in Benin even though the Churches in that country preached their sermons in French, a language she neither speaks nor understands.

She returned to Ghana shortly and attended Church services frequently but at a point, Christabel Ekeh said she lost all hopes of living a new life.