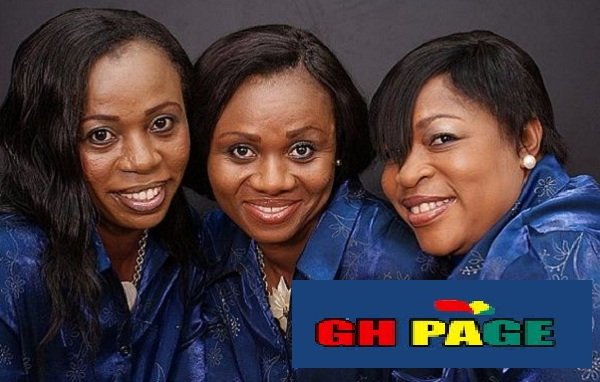 Cynthia Appiadu, a member of veteran gospel trio; Daughters of Glorious Jesus, has revealed that all three members of the group remained virgins until they got married.

This famous gospel group made up of Edna Sarpong, Monica Owusu Ansah and Cynthia Appiadu, for many years has treated Ghanaians with a number of great gospel hit such as‘Asomdwoe Hene’, ‘Mebo Wo Din Daa’and ‘Edin No’.

Our group, guided by Archbishop Akwasi Asare Bediako; their spiritual father, was so focused on music and as such, never dated any man and stayed as virgins until marriage Cynthia Badu Made such a disclosure.

“He taught us how to write and compose songs and also how to get songs as well because he knew how to do it very well and so, it was around that time that we realized what the Lord wanted us to do so we were focused,” she said.

However, the singer added that: “We were very lucky to have him as a spiritual father and we stayed with him until we completed school and got married. I didn’t know any man until I met my husband. I stood; in fact, all three of us stayed virgins until we got married.”

The veteran musician made the disclosure in an interview with Franky 5 on “This is Gospel” on Hitz FM.

YOU MIGHT READ ALSO: Although I Occasionally Kiss Samini, He Is Not My Type Of Guy – Stephanie Benson