I don’t remember my lyrics on Awal’s song – Fameye 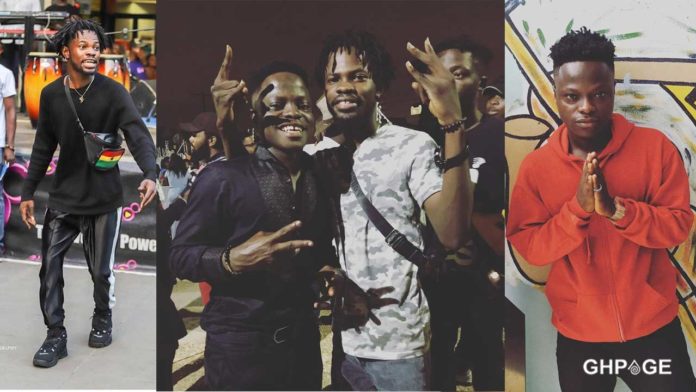 It would be remembered a few weeks ago that Awal Mohammed called out Fameye after he took money from him to come for a video shoot of a song they did together but he failed to show up and also failed to communicate anything to his team.

According to Awal, he paid Fameye an amount of GHC 500 to show up at the Aburi Gardens for the video shoot but after waiting for several hours Fameye kept assuring them he was coming but he never showed his face and therefore he is demanding his money back from him.

But Fameye in his reaction asked that Awal take his voice off the song and that he has already sent him back his money.

Also Read: Take your GHC 500 and take my voice from the song – Fameye tells Awal

Fameye in a separate interview on Peace FM with Halifax that the two of them have settled their difference and that they are once again cool.

But from the look of things, it seems all is not that cool as Fameye appearing on UTV has once again described Awal as a talented kid and they are all praying hard for God to push them to a greater height.

When asked to sing a line from the song, he revealed that he doesn’t remember the lyrics but the only thing he remembers is Awal saying “Awal on the mic”.

Awal after watching the video shared it on his Instagram page and referred to Fameye as a liar.