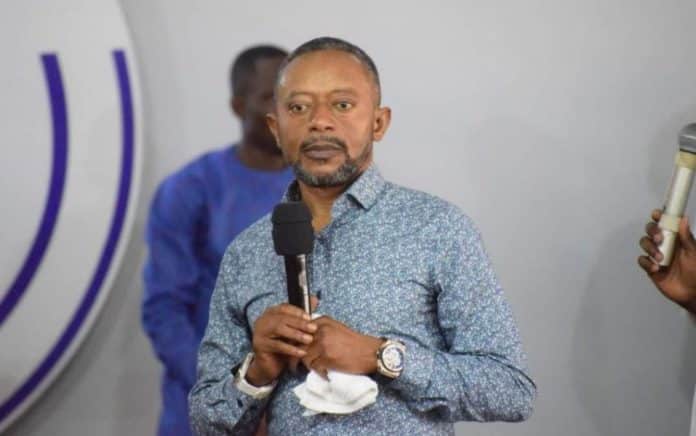 The General Overseer of Glorious Word Power Ministries has been granted bail.

Four other persons believed to be members of his church were also been admitted to bail in the sum of GH¢200,000 with two sureties to be justified.

The court presided over by Justice Comfort K. Tasiame, ordered the accused persons to report to the Police every Friday till the final determination of the case.

Rev. Owusu Bempah was remanded into one week custody for threatening to kill Nana Agradaa as well as offensive conduct to the breach of peace.

He was arrested together with three of his junior pastors on Sunday, September 14, 2021.

The leadership of the Glorious Word Power Ministries International – the church headed Reverend Isaac Owusu Bempah – earlier responded to allegations of assault on some Police Officers at its church premises on Sunday.

In a statement dated September 14, 2021, the church confirmed that there was an altercation outside of the church premises that got one of our junior pastors manhandled and injured in the process.

It stressed that the manner of the arrest generated into a scuffle that attracted people in the neighbourhood and the church to the scene.

The gunshots by the then unidentified men and the call for help from the neighbourhood caught the attention of Apostle Dr Isaac Owusu-Bempah who halted his ministration at the church and moved out to the scene to get details of what was happening,”

“Upon being informed that one of his junior pastors has been arrested, he followed up to the Dansoman Police Station and was later informed that he (Junior Pastor) had been taken to the Greater Accra Regional Police Command, where Apostle Dr Isaac Owusu-Bempah proceeded to.”

Explaining the circumstances that led to the arrest of the embattled Head pastor, the churh said: “Apostle Dr. Isaac upon reaching the Greater Accra Regional Police Command was detained around 1:30pm for further investigations. We confirm that pur Junior Pastor sustained some injuries and has since received treatment and is still in police custody with 3 others.“

Below is the full statement.