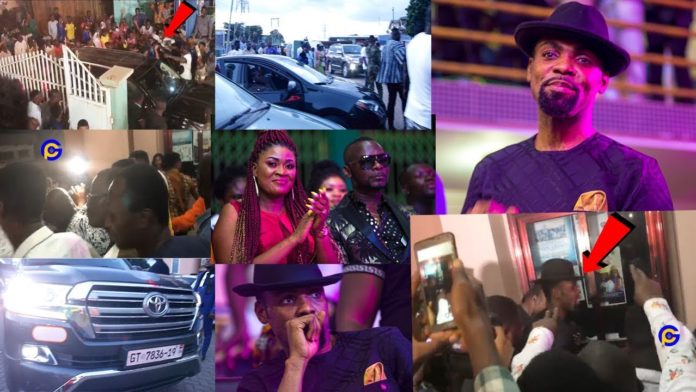 The ceremony was attended by celebrities like Kwaku Manu, Wayoosi, Tracey Boakye, Emelia Brobbey, nayas among several others.

Rev Obofour who arrived late to the program was welcomed by a huge crowd, chanting his name as he entered the auditorium.

He arrived with some military personnel who had to control the huge crowd to enable him to make his way into the venue.

There was also a display of wealth at the album launch as Rev Obofour purchased the first copy of Bro Sammy’s album for 1 billion cedis.

Rev Obofour proved that indeed he is one of the richest pastors in Ghana as he also sprayed huge sums of money on the MC at the album launch.