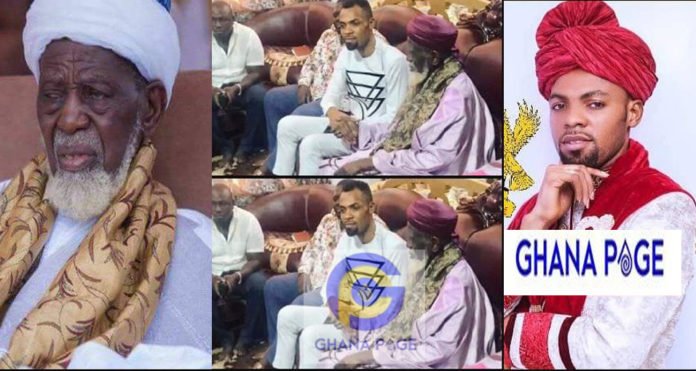 The leader of the Anointed Palace Chapel, Rev. Obofour has paid what we could consider as a peace visit to the National Chief Imam of Ghana Sheikh Dr Osmanu Nuhu Sharubutu and donated an amount of GH¢50,000 and 50 bags of rice to him.

During the 31st watch night service, Rev Owusu Bempah as he does every year prophesied dooms on the fate of some prominent people in Ghana.

The man of God in his revelation stated that there will be a National Islamic funeral because Vice President of a sitting President and a Chief Imam would die in 2019 if nothing is done to avert the prophecy.

In this has Prophet Asanteman Bofuor, better known as Reverend Obofour who is known not to be on good terms with Isaac Owusu Bempah paid a courtesy call to the National Chief Imam as part of his philanthropic gestures as the New Year begins describing the respected Muslim Leader as a Man of Peace.

During the visit, he disclosed that “Muslims and Christians we are all one. I went to greet him on Friday. He is a man of peace. The year has ended so I had to give him GH¢50,000 and 50 bags to help others. He is a very good man. From there I moved to Kumasi”

He pledged his unflinching support to him and indicated that he was committed to peace.