Rev. Obofour is slim because the money he has is dirty money – Nana Agradaa 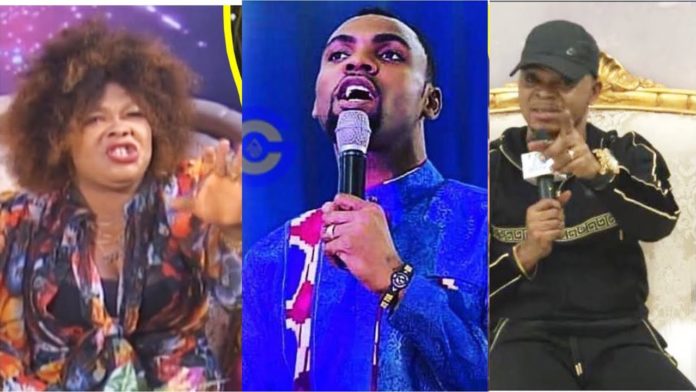 Many at times, people who are seen fat are considered as the rich people in society and for that matter when someone is slim and rich, people tend to ask questions about the person.

Currently, there is an ongoing fight between two well-known pastors in the persons of Rev. OBofour of the Anointed Palace Chapel and Angel Bishop Obinim of International Godsway Church country over who is superior in all aspects of their job as Pastors.

Many people including the Christian council has stepped in and asked that the two men of God seize fire.

Popular fetish priest Nana Agraada, uninvited, has also waded into the beef between the two rich pastors in the country.

According to Nana Agradaa, its no doubt that Rev. Obofour is one of the rich men of God in the country but she is yet to come to terms as to why upon all his money he is still slim.

In a video attacking Rev. Obofour, she made mention that the Pastor should have kept quiet after Obinim attacked him some days ago, but he decided to talk which eventually angered his friend who dropped some deep secrets with pictorial evidence to back his claim.

Nana Agradaa in the video revealed that one could see from the old pictures that Obofour was fat by then even though he had money so why is he slim now that he has money to buy anything that he wants.

She added that because the money Obofour has is dirty money, it keeps on sucking him instead of building him.

The popular fetish priest also disclosed that the two behind the scenes are very good friends who chill and hang out when there are no people around but immediately they see cameras and people around them they tend to act like enemies.