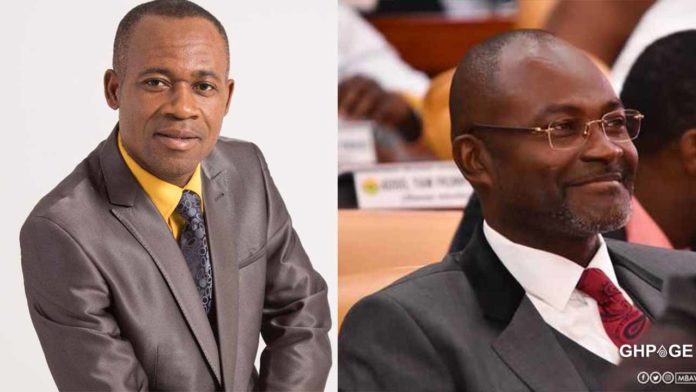 Rev. Obotuo in an attempt to redeem himself has filed a lawsuit against Kennedy Agyapong’s NET 2 TV, Justice Kwaku Annan, Rev. Owusu Bempah, Demon Breaker, and Osei Bonsu Hoahi for slandering him on live television.

Kennedy Agyapong and NET 2 TV’s Hot Seat Show has grown these past few months to become one of the programs with the largest viewership on TV today.

This has been due to Kennedy Agyapong resolving to expose alleged fake pastors in Ghana for lying and duping people to enrich themselves.

On one of these shows, a man by name Demon Breaker made some alarming revelations about Rev. Obotuo and how his deeds did not reflect somebody who had a true calling upon his life.

SEE ALSO: Captain Smart resigns from Adom FM – Here is why and this is where he is going next (Full Gist)

Also, Rev. Owusu Bempah took a swipe at Rev. Obotuo and said that he was fake and a con man posing as a pastor.

However, Rev. Obotuo has not taken these allegations lightly and has proceeded to sue Kennedy Agyapong’s NET 2 TV, Justice Kweku Annan who is the host of the Hot Seat Show, Demon Breaker, and Rev. Owusu Bempah on for the defamatory statements leveled against his outfit.

Rev. Obotuo in this new viral video explained that the allegation leveled against him to bring him down has not affected his life in any way and people’s perception of him has not changed much.

SEE ALSO: Photos and the sad story of Di Asa lady, Ayisha who died after showing her raw boobs on social media (See)

He believes that people can think for themselves and his ministry will not be affected by the falsehood that he is not a true man of God.

According to Rev. Obotuo, his decision to sue Kennedy Agyapong’s NET 2 TV is in an attempt to put them in check for breaching the ethics of media work and slandering people without proper background checks.

He, therefore, had no other choice but to sue them for what it is worth and to save his reputation as a true man of God.

READ ALSO: Going to church is a waste of time for me – Kennedy Agyapong

The next few weeks threaten to show how this whole issue turns out.