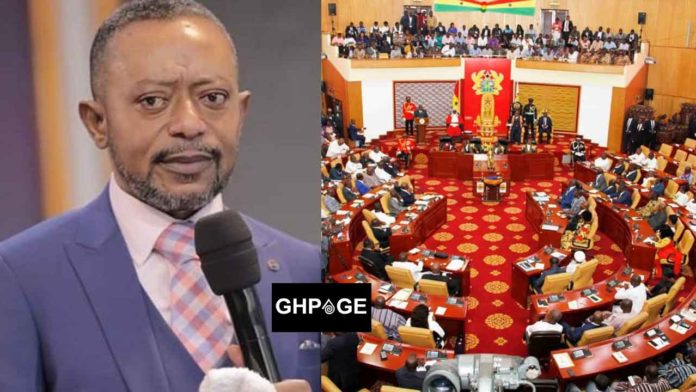 The General Overseer of Glorious Word Power Ministry, Rev Isaac Owusu Bempah has revealed another prophecy despite the warning from the Ghana Police Service.

In an interview on Okay FM, the controversial man of God admonished Ghanaians to say a prayer for the parliamentarians because this year is a bad one for them.

According to Rev. Owusu Bempah, in a vision God revealed to him, he saw death in the parliament house.

He added that the situation in the parliament house might get worse, hence Ghanaians should pray to avert the prophecy

“I urge Ghanaians to pray for the parliamentarians, I see death in the parliament house. This year will be bad for them so we have to pray about it”, Rev Owusu Bempah disclosed.

Rev Owusu Bempah made this prophecy, disregarding the police caution about prophecies that cause fear and panic.

The man of God also argued that there are genuine pastors who give out true prophecies and that Ghanaians should not disregard such issues.

He also urged Ghanaians to believe in prophecies..