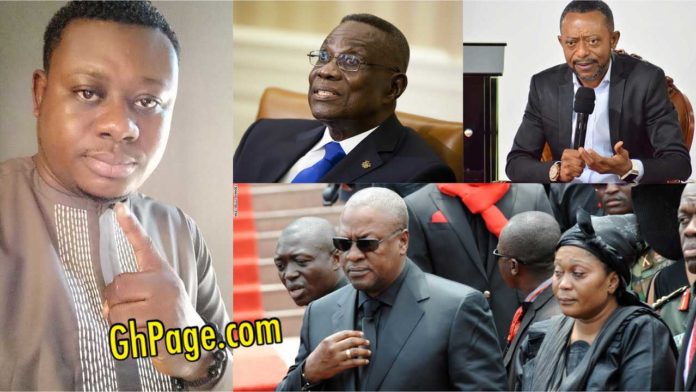 Ghanaians in the year 2012 for the first time lost her sitting President in the person of John Evans Fiifi Atta Mills just a few days after celebrating his 68th birthday.

Since his sudden demise, Ghanaians have been asking questions such as who and what killed him. Some politicians in trying to score political points accused his then-vice former President John Dramani Mahama of been the one behind his death.

From the look of things seems some people are never going to rest until the true cause of the late President is revealed.

It’s just a few days into the year 2020 and several prophecies have come out including the founder of Glorious Word and Power Ministry International Rev. Isaac Owusu Bempah saying that anyone who accepts to be former president Mahama’s running mate would die soon after the 2020 elections. This made some Ghanaians

In a new twist, a prophet based in Wa in the Upper West identified as Prophet Papa Thunder of the Blessing Faith Ministry International has accused Rev. Owusu Bempah of being the one behind the death of Atta Mills.

According to him, ex-president Mahama is innocent about the death of his former boss and late vice president Paa Kwesi Amissah Arthur.

Shedding more lights on who killed Atta Mills, he revealed that Owusu Bempah and some other people killed Atta Mills spiritually just so that his death prophecy about the then-sitting president would come to pass.

He continued that he has been having a conversation for some time with the ghost of the late former president who has vowed not to rest in peace until he has finally gotten justice on his killers.

Prophet Papa Thunder also reaffirmed an earlier prophecy that Prophet Owusu Bempah who die a shocking death which would cause confusion with people asking questions.