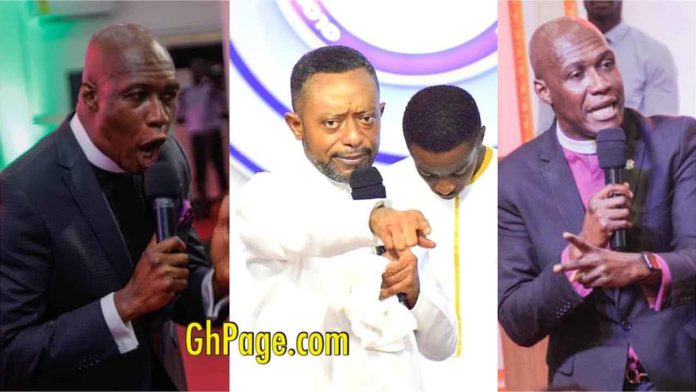 The founder and leader of Alabaster International Ministry, Prophet Kofi Oduro has shared his sentiments on the 31st December prophecies made by some prophets.

While addressing his congregation, Prophet Kofi Oduro described all these prophets as jokers and their prophecies ‘foolish’.

According to Prophet Kofi Oduro, everything the ‘so-called’ prophets declared are false, adding that God never revealed anything to them.

He described these prophets as liars who are making a mockery out of God and have not been called by God.

Prophet Kofi Oduro further stated that these prophets make such ‘useless’ prophecies to gain favour from the political parties.

Rev Owusu Bempah also described Prophet Oduro’s preaching as ‘stupid’ adding that he is immature and a joke.

According to Rev Owusu Bempah, Prophet Kofi Oduro needs deliverance as he has been possessed by demons.

This comes after Rev Owusu Bempah, Prophet Nigel Gaisie and other prophets made some prophecies revealed to them by God in regards to the upcoming 2020 elections on 31st December 2019.