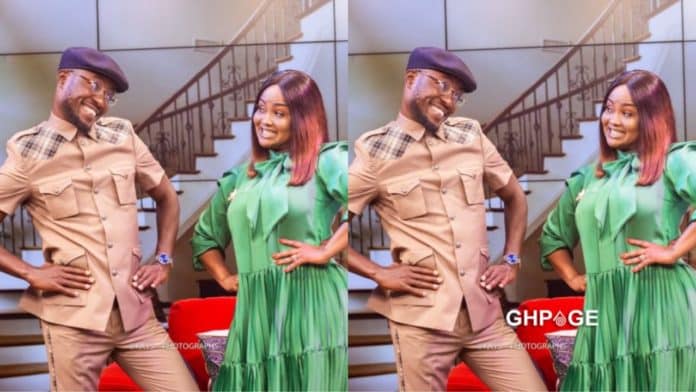 For the past few weeks, there have been raging concerns as to why Nana Ama Mcbrown is no more hosting UTV’s United Showbiz Show.

Fast trending rumours on the internet reported that the veteran actress and TV show host has terminated her contract with UTV.

Although Nana Ama Mcbrown has remained silent on this hearsay but Yvonne Nelson and John Dumelo’s subsequent takeovers as the host of her show makes it appear there’s an iota of truth in the news on the streets.

Amidst this brouhaha, Teacher Kwadwo who was Nana Ama Mcbrown’s aide on the show has finally revealed why & Mcbrown have been absent on our screens for some time now.

According to Teacher Kwadwo during an interview with Fiifi Pratt on Kingdom FM, Nana Ama Mcbrown’s contract with UTV is still valid.

He went on to reveal that, Nana Ama Mcbrown’s vacation on UTV is part of the station’s plan to adjust how things are done to uplift and enhance its programs.