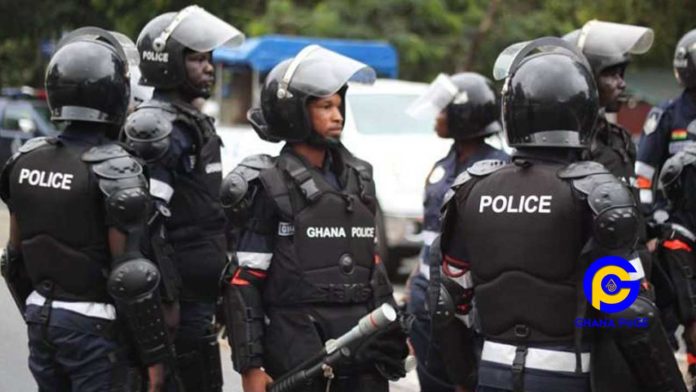 Reports reaching ghpage.com indicates that 4 inmates have allegedly escaped from the Kumawu Police Cells. The escape is reported to have taken place on Thursday 17.10.2019 at about 5.30 pm.

The inmates we are told are remand prisoners two of whom were remanded into prison custody for robbery by the High Court in Kumasi.

The name of the two was mentioned as Sampson Duah and Evans Asare who were allegedly terrorizing students from Tweneboah Kodua SHS.

They were arrested and investigated by one Detective Seargeant Willington. Somewhere in July 2018 and are being tried by the High Court in Kumasi.

The two were scheduled to appear before the High Court presided over by H/W Francis Obiri yesterday 18th October 2019 to open their defense but were not available, according to Ghpage.com sources.

The State Attorney told the court that records at the Kumasi Central Prisons show that a certain Inspector Emmanuel Sarpong of Kumawu Police had come for them for Kumawu Circuit Court for Nacortic Offences.

As at the time of filing this report the escapees are allegedly still on the run. The police in Kumawu is tight-lipped over the matter as the cells we are told was not broken but unlocked.

As to how the escape took place remains a mystery. Details will be made available to our readers as we continue to monitor developments.

We are very sure celebrated Ghanaian media personality Nana Aba Anamoah has not had a peaceful sleep ever since her name popped...
Read more
News