Rose Tetteh, the wife of NAM1 declared wanted by the police for fraud 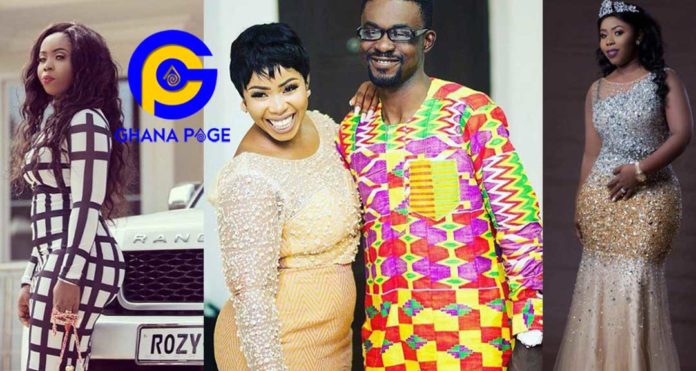 Rose Tetteh, the wife of Nana Appiah Mensah who is on the documents of Menzgold as a member of the board of directors has been declared wanted by the police after an Accra Circuit Court issued an order for the immediate arrest of all the Directors of Menzgold Ghana.

Besides Rose Tetteh, Nana Appiah Mensah, the CEO of the company, Benedicta Appiah, and Abigail Mensah who are the other board members have all been declared wanted.

Benedicta Appiah and Abigail Mensah are younger sisters of Nana Appiah Mensah aka NAM1. The warrants for the arrest of NAM1, his wife and 2 sisters who are listed as members of the board of directors were issued today, 9th January 2019 and have the warrant numbers: 01/19, 02/19,03/19 and 04/19.

The court ordered the board of directors to be arrested for their roles in “Defrauding by false pretense contrary to section 131 of 29/60”.

However, the mother of Nana Appiah Mensah, Eve Brew Appiah who was named after Brew Consult, the operational partner of Menzgold was not included in the wanted list.

According to the court, since her name is not on the official document as a board member, the court ruled that her being named after Brew Consult meant nothing legally.

All the Immigration checkpoints have been alerted to be on the look for these wanted people in case there is an attempt to flee the country.

Already there are reports that Nana Appiah Mensah and his wife have fled the country. There are rumors he is hiding in South Africa.

SEE ALSO: Revealed: NAM1 escaped through Togo border to Nigeria and then to South Africa after BNI granted him bail