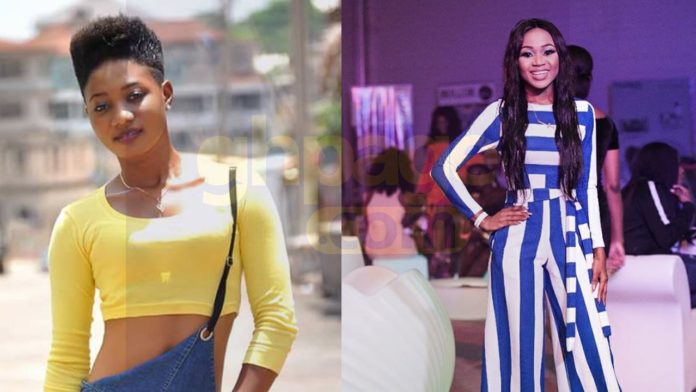 Ghanaian actress and Slay queen Rosemond Brown who has been craving for attention and media hype since her famous interview on the VGMA awards night has blocked a comedienne who made a joke about her that could even make her trend more.

According to the comedienne, Maame Esi Forson, she once used Rosemond Brown name in one of her skits which is already trending about the actress using hip pads to deceive the public.

To her, she believes the slay queen and actress did not take the video lightly and that might have caused her action to block her on picture sharing platform Instagram but she, Esi was not perturbed by her decision.

She further added that even though Rosemond blocked her, her fellow celebs like Wiyaala, Moesha Boduong, and others applauded her for the videos she did about them.