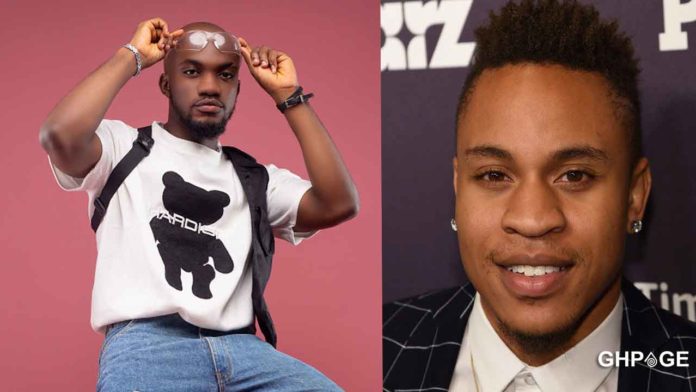 Nigerian American singer Olurotimi Akinosho, known professionally as Rotimi after he reported Mr Drew’s ‘EAT’ to be pulled down by YouTube has found himself in a similar situation.

As it earlier circulated weeks ago, Highly Spiritual signee Mr Drew had his song deleted from YouTube over copyright claims by Rotimi after it as reported. The visuals of the song ‘EAT’ reached over 1,000,000 views in just a week of its release.

Rotimi got to know the this after a Ghanaian underground artist, Emany Official on Instagram sent a couple of messages to Rotimi that an artist in Ghana has stolen his song and made a video of it.

Well, days after this whole hullabaloo went viral, Rotimi has towed the same line as Drew. He has done a similar thing by picking lines from a song by Ofori Amponsah’s  “Odo Nwom”.

LISTEN TO THE TWO SONGS CAREFULLY;

Rotimi picked a line from Ofori Amponsah’s Odo Nwom, which goes like ‘Owaee’, a very popular line in that particular song. His song ‘Mega Lovee’, which features Afrobeat singer, Afro B also has a line similar to ‘Owaee’.