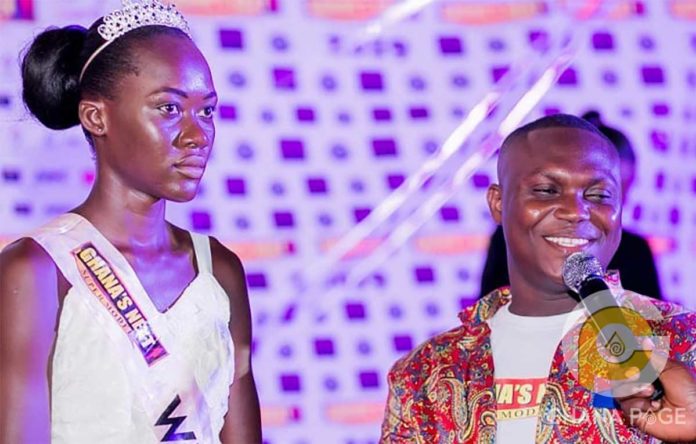 Few days ago Ghpage.com reported on the story of a Ghanaian model identified as Miss. Grace Ama Mensimah Amponsah and also the winner of Ghana’s 2019 Next Super Model competition running away after she touched down in Paris.

According to our earlier report, Miss Grace Ama Mensimah Amponsah who is booked to walk the runway in Paris soon after arriving run away from the hotel after his management had stepped out to buy some foodstuffs. Leaving behind only her bag containing her clothes.

Further inquiries have discovered that Grace Ama planned the escaped with her family particular her mother. See screenshots of their chats here.

Speaking with Da Don on Hitz Fm, she revealed that prior to their departure from Ghana, her manager known as Spark Julius Zuta tried to sleep with her but she didn’t allow him but rather reported it to her dad who asked her to forget about the incident because he would speak with him.

On why she ran away from the hotel she disclosed that in France they were just given one room for them to share but fearing what had happened earlier between her and her management she had to just move to a friends place to stay.

Also Read: ‘I see myself as a superstar and a good role model’ – Yaa Jackson

She went on to say the press statement released by the management was just fake because they feared she might come out to say what transpired between them a day before their trip to Paris.

Listen to her below;

She further added that on their trip back to Ghana, the manager told her that he released that statement that she had ran away to make her famous.