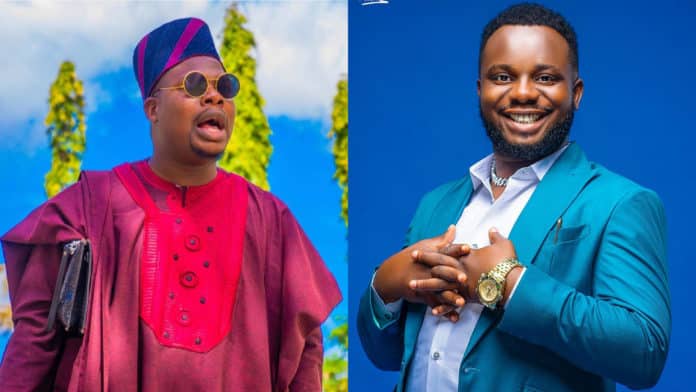 Is there a quiet beef between two of Nigeria’s most popular skit makers, Mr Macaroni and Sabinus?

This has come to the fore following the prestigious award won by Sabinus at the African Magic Africa Magic Viewers’ Choice Awards 8 (AMVCA8).

Sabinus was named the ‘Best Content Creator’ at the AMVCA8. An achievement that has raised many eyebrows amongst skitmakers in Nigeria and their fans.

On the back of that, popular skit maker Mr Macaroni has reacted. His reaction came on the back of an assertion made by a fan that he deserved to have won the award instead.

According to the fan, Sabinus did not deserve to win the award and it should have gone to Mr Macaroni. He added that Sabunus only won the award due to favouritism.

“Sabinus winning the AMVCA Award is very well deserved!! He has brought joy and laughter to the faces of millions including mine. I have also had the pleasure of featuring him in about 3 of my contents. I share in his win. Please let us not ruin this beautiful moment,” he wrote.

Sabinus has had a solid rise as a fine comic skit maker in the past year. His skits have resonated so well with several fans and audiences. Thus, winning the AMVCA8 was a stamp on his craft.