Video: The saddest people on earth are Comedians – Funny Face 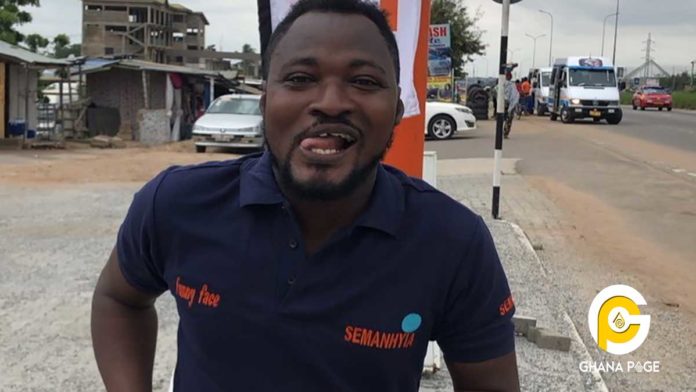 Award-winning Ghanaian comedian and actor, Benson Nana Yaw Oduro Boateng popularly known as Funny Face have revealed that the saddest and loneliest people on this planet earth are comedians.

Funny Face made this revelation at this year’s International Youth Empowerment Summit held in Accra.

According to the comic icon, comedians are the saddest people and are almost always lonely.

He stated that comedians do not have anyone to make them laugh or happy when they have problems.

These comments were in connection to the fact that he contemplated suicide when life was tough for him but with God’s intervention, he has triumphed.

Funny Face became well known after his role in TV3’s sitcom “Chorkor Trotro” and has since featured in many award-winning movies amidst his many standup comedies.