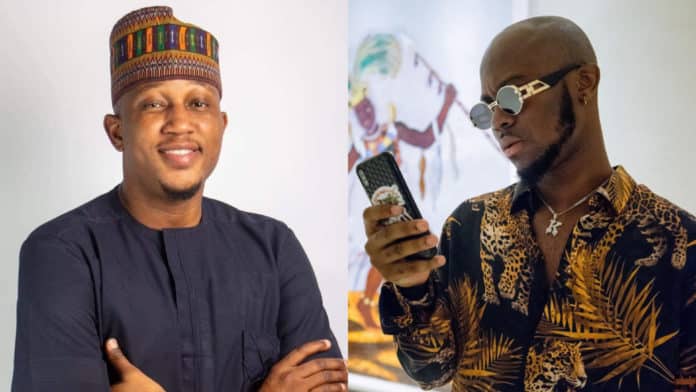 King Promise’ music videos will no longer be played or aired on 3 Music TV, the CEO Sadiq Abdulai has announced.

According to him, he has washed his hands off the “Selfish” hitmaker and would not make any input as far as his music career was concerned.

In a reactionary post where he sort to detail the reason behind his action, Sadiq Abdulai intimated that he was disrespected by King Promise through a tweet he made.

He also fumed at a comment made by King Promise where he stated that he was more concerned about his career and has no time and energy to groom new talents.

Sadiq Abdulai found these acts disrespectful and as a result, has banned King Promise’ music videos from being played on 3 Music TV and other media platforms owned and managed by his outfit.

Read The Full Statement Below:

“I sent a message to him and Killbeats through Ike Otoo Arhin and Erasmus that. The day he will tweet some of the nonsense he tweets about non-support and bla bla.”

“That day, I will move from radio station to radio station, tweet to tweet, TV to TV to indicate why he doesn’t have the moral rights to even talk about that”.

“He is the only person that continues to get enablement but doesn’t enable anybody back. For starters, my channel di3 all his videos are off.”

“There is nothing I am involved in, whether directly or remotely that will involve him. Maybe the awards board can choose to have him. It’s their power but personally, I am off any King Promise agenda”.