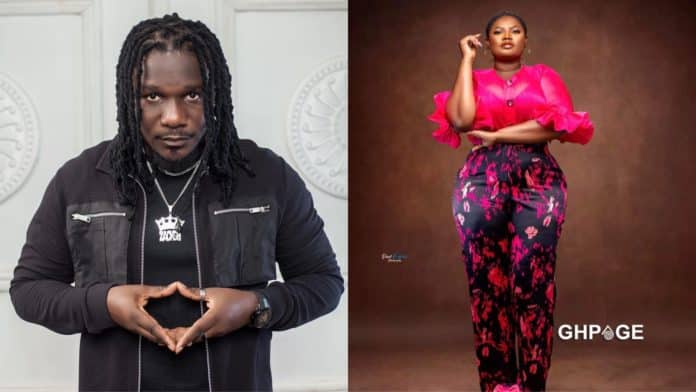 The alleged intimate relationship between the duo has come as a shocker to Ghanaians but they obviously care less about the commentaries about them.

To this effect, a bedroom video that captured the lovers having the most of themselves went out in massive circulation.

Chatters about the video on social media point out that it is a movie yet to be released and thus seeking attention for it.

However, divergent thoughts say the video is released to officially bring the public to the known of their affair.

Well, Safina Haroun has dropped her reaction aftermath of the viral bedroom video that has caused an uproar and has got Ghanaians talking.

In one of her status uploads, the actress shared a well-edited photo of Zack GH with a caption. The description she wrote beneath the photo suggests that Safina is unbothered.

Her caption inks the claims that she is in a serious relationship with the ‘Ahye Obi’ crooner and is madly in love with him. She wrote; “Naawa(mine) If it yours, come collect”.