Sam Korankye is an occult; sleeps with church members-Owusu Bempah

Sam Korankye Ankrah is an Occult who sleeps with his church members on a daily basis for power - Rev. Owusu Bempah exposes Sam Korankye's hypocrisy 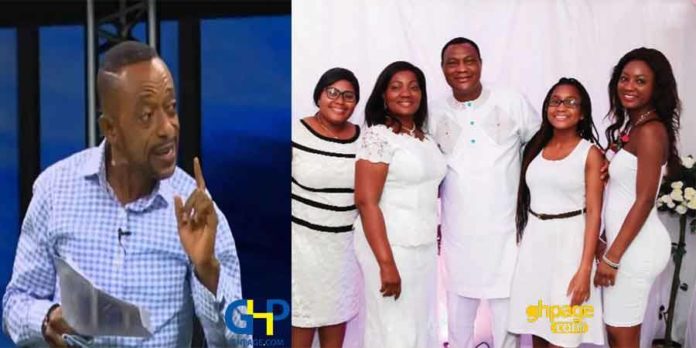 Reverend Owusu Bempah has once again accused the Apostle General, Reverend Sam Korankye Ankrah, Overseer of Royalhouse Chapel International as an occult who sleeps with his church members.

According to the Founder and leader of Glorious Word Ministry, Reverend Owusu Bempah, Sam Korankye Ankrah has no moral right to point fingers at other Prophets who fell for the flesh and fornicated because he is worse than them all.

Owusu Bempahs stated emphatically in an interview with Kofi TV that Sam Korankye sleeps with his own church members as many times as he wants. And not only that, he is an occult whose fame is dwindling so he wants to ride on people like him to rise to fame again.

Owusu Bempah again accused Sam Koranky Ankrah of taking pills to lighten his skin, yet turns around to call prophets who have bleached fake prophets.

The man who calls himself the “Nation’s Prophet” further warned Sam Korankye Ankrah to take his mouth out of his issues or face his wrath.

It all started when Sam Korankye Ankrah preaching at his church exposed some prophets in Ghana who are fake.

Although he didn’t mention names, he gave scenarios and examples which clearly showed he was referring to Owusu Bempah, Obinim, Obofuor and others as fake prophets in Ghana.